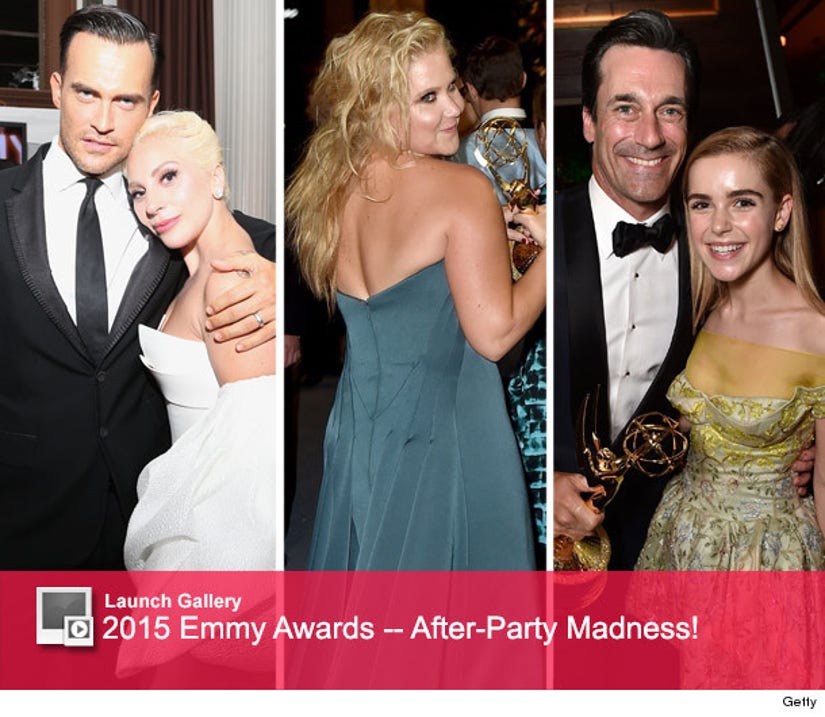 After the show, it's the after-party -- and last night, the stars went wild!

Following the 2015 Emmy Awards on Sunday evening, the winners, nominees, presenters and attendees flocked to the half-dozen after-parties hosted around Hollywood.

The HBO bash at the Pacific Design Center was the place to be for stars from and fans of "Game of Thrones," as almost the entire cast was photographed at the event.

George R.R. Martin was surprised with a birthday cake inside, where series favorites like Peter Dinklage, Gwendoline Christie, Sophie Turner, Maisie Williams, Pedro Pascal and more mingled with stars from other series like "Veep," "Togetherness" and people like Kerry Washington, Viola Davis and more.

The Fox soiree brought out the stars of "American Horror Story," "Scream Queens" and "Modern Family," with Lady Gaga switching from her stunning black gown from the Emmys telecast into an equally-gorgeous white dress. Compared to years past, it looks like Sofia Vergara had a relatively tame night, the actress spending the night with fiance Joe Manganiello, Gaga and "Modern Family" costars Jesse Tyler Ferguson and Nolan Gould.

Other sightings included an on-the-mend Tracy Morgan and Amy Schumer at the Governor's Ball, as well as stars like Frances Bean Cobain, Julia Louis-Dreyfus, Andy Samberg and many, many more.

Check out the gallery above for all the after-party pics!

For more Emmy Awards action, watch our breakdown of the best and worst dressed stars of the night below: