Maybe Tina Fey hadn't had her coffee yet?

On the Season 4 premiere of "Billy on the Street," comedian Billy Eichner ambushes Fey and asks her to name 20 Latino performers in Hollywood for a special segment, titled "LaTina Fey."

Let's just say it wasn't the "30 Rock" star's finest performance -- check out the video above to see how she did!

To start, Tina didn't seem too confident when she found out Eichner's latest task. Fey couldn't even remember "Jane The Virgin" star (and Golden Globe winner) Gina Rodriguez's name in the first few seconds of the game.

"The woman from 'Jane the Virgin,'" the comedienne said off the bat.

The "Mean Girls" star did manage to identify a few stars by name like Eva Longoria, Lou Diamond Phillips, Danny Trejo, Freddie Prinze Jr., J.Lo and Marc Anthony ... but used only descriptions for others.

"The guy that's in Congress" and "the really handsome guy who was on 'Law & Order,'" Fey added to her list.

At the end of the segment, the actress literally fell to the ground after she failed to name just one more Latino star in Hollywood.

"Tina Fey finally failed at something," Billy hilariously shouted after her time was up. "Tina Fey couldn't think of 20 Latinos!"

It's too bad the brunette beauty lost -- she could have won her very own set of "Brokeback Mountain" pot holders!

What do you think about Tina's "Billy on the Street" appearance? Sound off below and check out the gallery to see more of your favorite "Mean Girls" stars then and now! 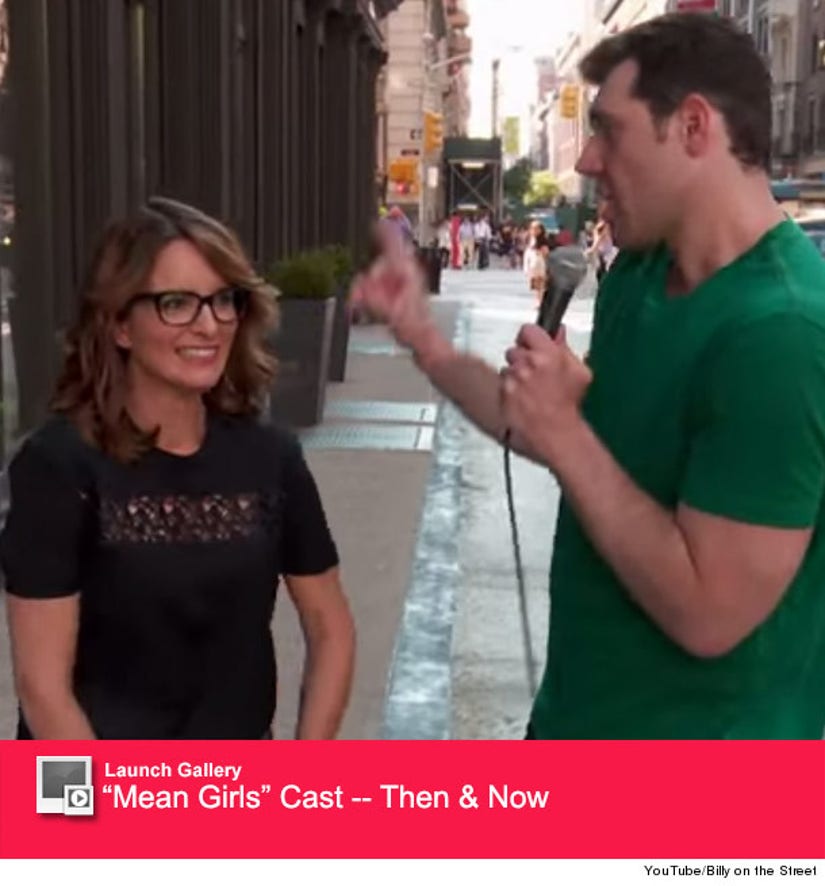