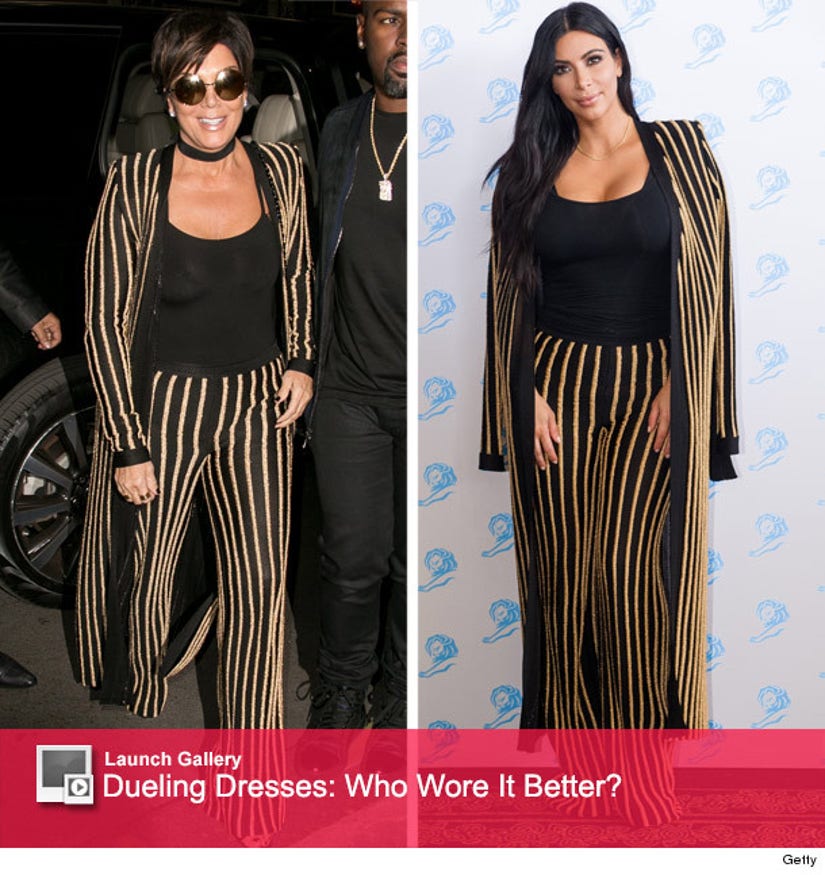 The "Keeping Up With The Kardashians" matriarch stepped out in Paris on Thursday rocking a long black and gold striped coat and matching pants from Balmain. She paired the look with a black choker, tank top and round sunnies.

But this isn't the first time we've seen this ensemble -- her famous daughter Kim wore the exact same look, with a few tweaks, back in June.

The soon-to-be-mom-of-two stepped out in matching separates for the Cannes Lions Film festival, but opted to keep the coat draped over her shoulders and wore her hair long and straight.

The 59-year-old is quickly making a habit out of borrowing her "favorite daughter's" looks. The momager rocked another one of the 34-year-old's outfits in June during a trip to Paris with boyfriend Corey Gamble.

Which one of the K ladies do you think wore this look better? Cast your vote in the gallery above!