Big Willie is back!

From "Gettin' Jiggy Wit It" to "Mr. Niceguy," it's been over a decade since Will Smith has dropped some new music. And if you're a fan of the actor's songs, you'll love his new collaboration on Bomba Estereo's track, "Fiesta."

Check out the video above to hear Will's remix!

While it does seem a little random that the "Suicide Squad" star would make his return to music now, Smith found some inspiration during a recent getaway to Colombia.

It was on the trip that the 47-year-old first heard the Grammy-nominated group's electro track, according to Rolling Stone. Naturally, Smith decided to approach to the musicians to see if they would be interested in collaborating on a remix.

"When I was told that Will Smith wanted to collaborate on a remix with Bomba, I couldn't believe it," Bomba Estéreo's founder/instrumentalist Simón Mejia said in a statement. "This opportunity to work with Will was beyond anything we have dreamed of. It's not a traditional featuring – it's just magic. We all had a blast together at the video shoot, and we want to thank Will for being so warm and such a pleasure to work with ... and for rapping in Spanish!"

The guys just filmed a music video for the remix in Los Angeles, which will premiere in the very near future. 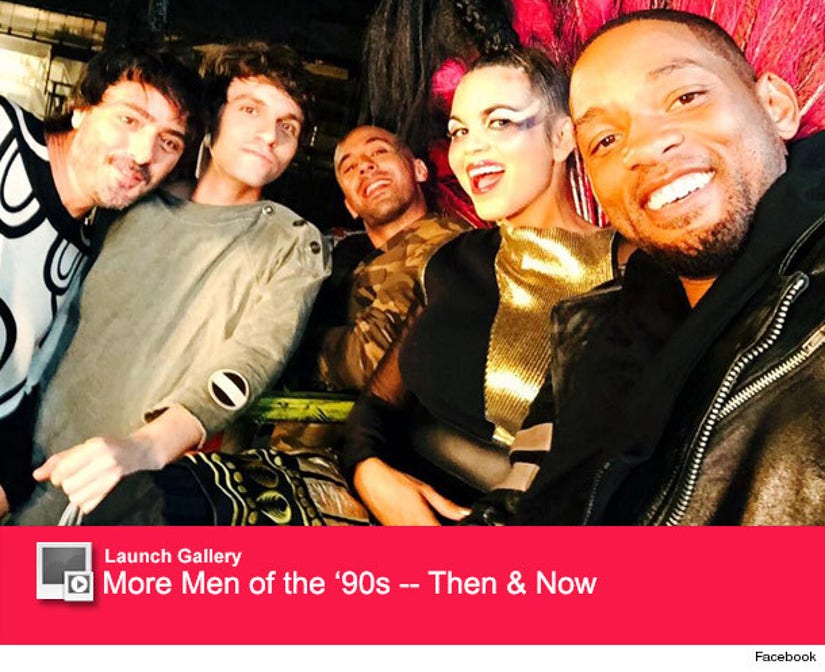 Smith likewise shared a photo with the group via Facebook in September, to applaud the musicians on their Grammy nominations. "Felicidades to BOMBA ESTEREO on their Latin Grammy Nominations!" he posted with the fun photo.

Perhaps this is just the start of more music from Smith -- the actor did say he was considering getting back the studio again while promoting "Focus" last February. "I went into the studio with Kanye [West]. I'm thinking about it. I'm exploring," he told reporters at the time.

We'd love to see a Kanye-Smith collaboration next!

What do you think about the actor's new song? Sound off below and check out the gallery above to see more men of the '90s then and now!