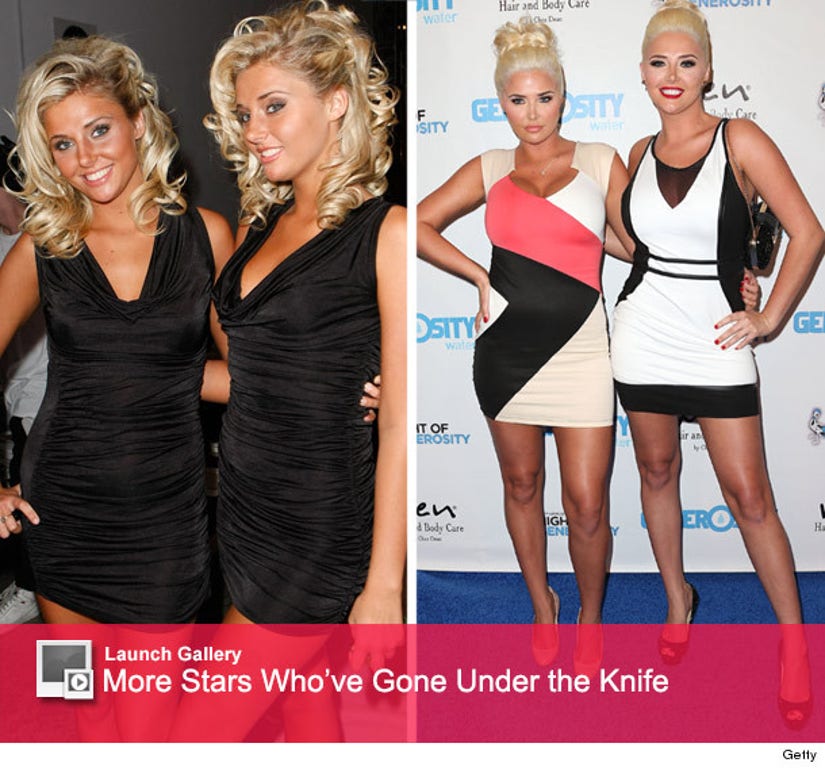 The two go back under the knife to fix some extremely messed up plastic surgery on tonight's premiere of "Botched" -- but did something so stupid, they could have died in the process.

The "Girls Next Door" sisters, who famously moved into the Playboy mansion in 2008, enlist the help of doctors Terry Dubrow and Paul Nassif to fix their noses and boobs.

But the two get in some serious trouble with their docs after Karissa admits she mixed Percocet with wine.

"You understand that you could actually take those two Percocets and wine, [and] because they're both depressants, could never wake up," Nassif warns her.

Kristina then chimes in, revealing she did it too!

"You guys are giving me an anxiety attack, because I did [too]," she says through her bandages. "Of course I did!"

"We're worried about you dying," Dubrow exclaims. "Mixing alcohol and narcotics can render you unconscious, stop your breathing and basically you're found dead in bed."

The two continue to berate them -- and it doesn't sit well with Kristina. See the two go at it above!