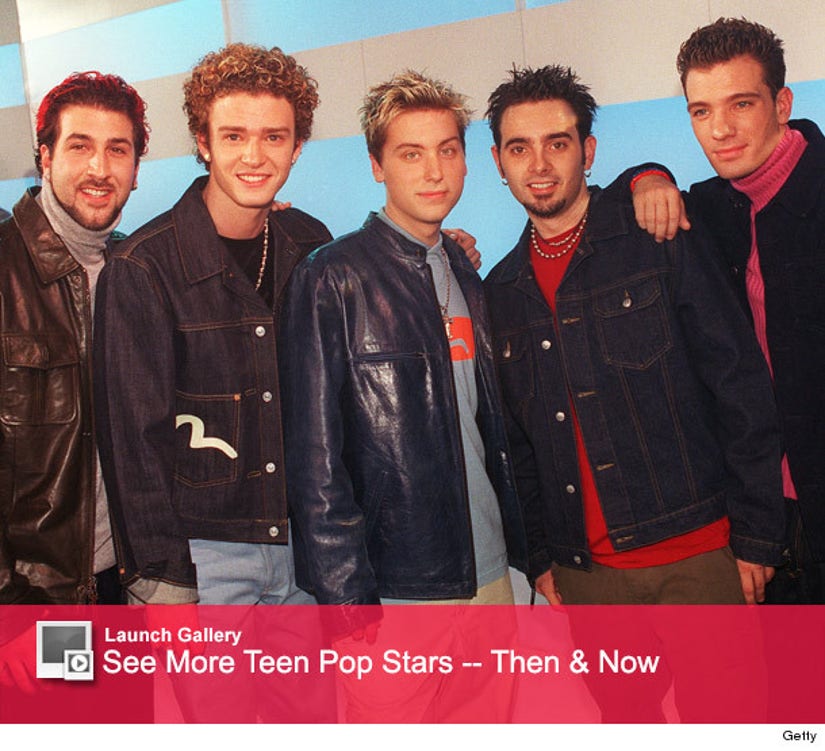 Lance Bass is following Ashley Judd's lead -- and opening up about some disgusting sexual harassment he and the other members of *NSYNC suffered when they were teenagers.

Judd revealed a "famous" studio head propositioned her to watch him shower in his hotel room when she was filming "Kiss the Girls" back in the '90s. Without naming names, she said she decided to tell her story now because it's "essential to the process of becoming aware" -- and will lead to more people "taking action."

Bass heard her loud and clear, telling a disturbing tale of his own today on "The Meredith Vieira Show."

"It happens to men too. It's a two way street. It had happened to me when I was 16 or 17-years-old, when we started there was someone that we worked with that was inappropriately touching us," he reveals. "I wasn't even aware then, at 16, that this guy was a pedophile and he was touching me. Oddly, I didn't feel victimized at the time because I was very aware of it but it happened to us too."

He adds that he didn't say anything about it at the time, but "the guys, we would talk about it."

"We would kind of joke about it but it's not a joking thing," he adds. "But as a kid, it was just odd. I am glad that we were aware of it and we didn't feel victimized at the time."

Like Judd, Bass didn't name names -- but he has touched on the subject in the past while discussing former manager Lou Pearlman.

"He'd always grab our arms and feel our muscles and go: 'Hey boys, you workin' out? Yeahhhh!'', he told The Hollywood Reporter last year -- adding that it never crossed "that line."

"Then I'd hear rumors that he would molest the boys before they would even get into the groups. I don't know how much of that is true, but to me, where there's smoke, there's fire," he added at the time.