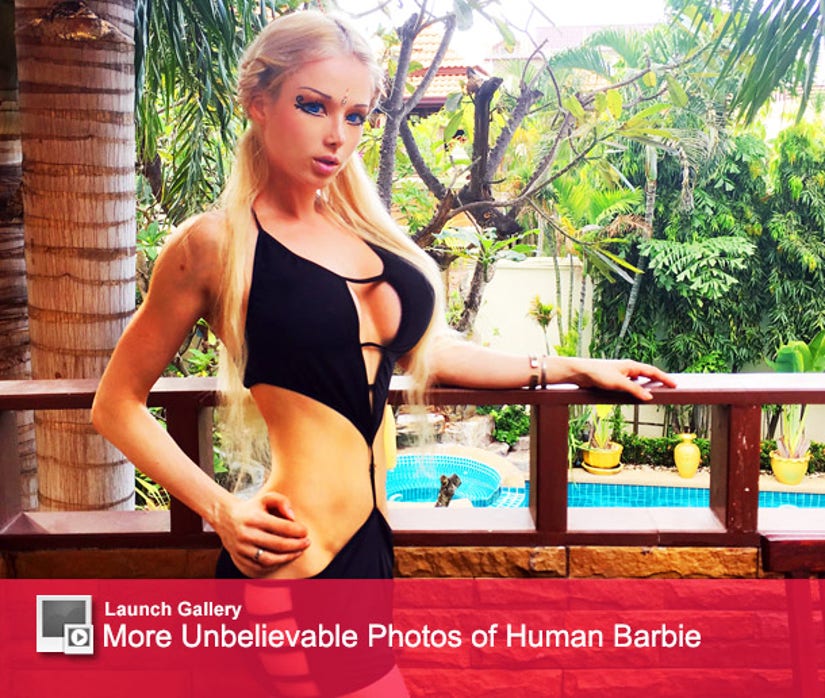 This is what Human Barbie Valeria Luklyanova calls casual wear.

The Ukranian model, who became an Internet sensation thanks to her doll-like appearance and crazy proportions, is currently in Thailand -- and we've got the exclusive photos from her exotic vacation.

She tells us this black outfit is her "ordinary home clothes" -- and wow, if this is what she wears on an "ordinary" day, we can't imagine what she puts on when she wants to get wild!

Sporting zero underwear and a top barely containing her ample chest, the entertainer shows some serious skin in the two-piece "dress," which is held together by a string and features cutouts down the sides.

While she's often compared to a doll, she tells us that's not her goal -- instead, she's inspired by "alien civilizations, fantasy characters, Amazon warriors, which look like real goddesses." 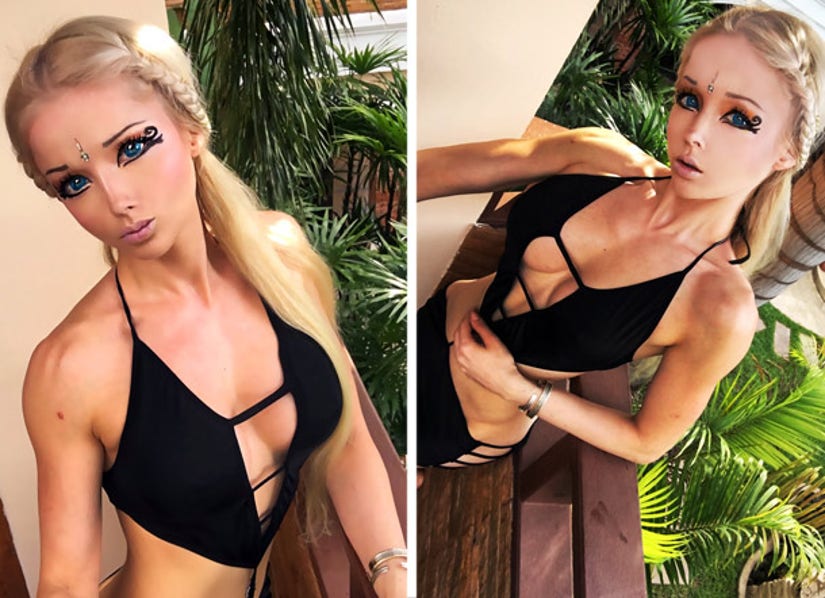 "The music will have special Vibrations. With certain cosmic sounds and special frequency, people will get a powerful psychic charge for getting his true essence, healing and finding his calling," she tells us. "Each set will be something definite, will have a special message and unique energy. I'm creating a special music with Eugene Sender and my management Nadia and Elena help to give the correct direction. We are on the same wavelength. And it's important when you work with team."

Lukyanova's tour is set to kick off this month.