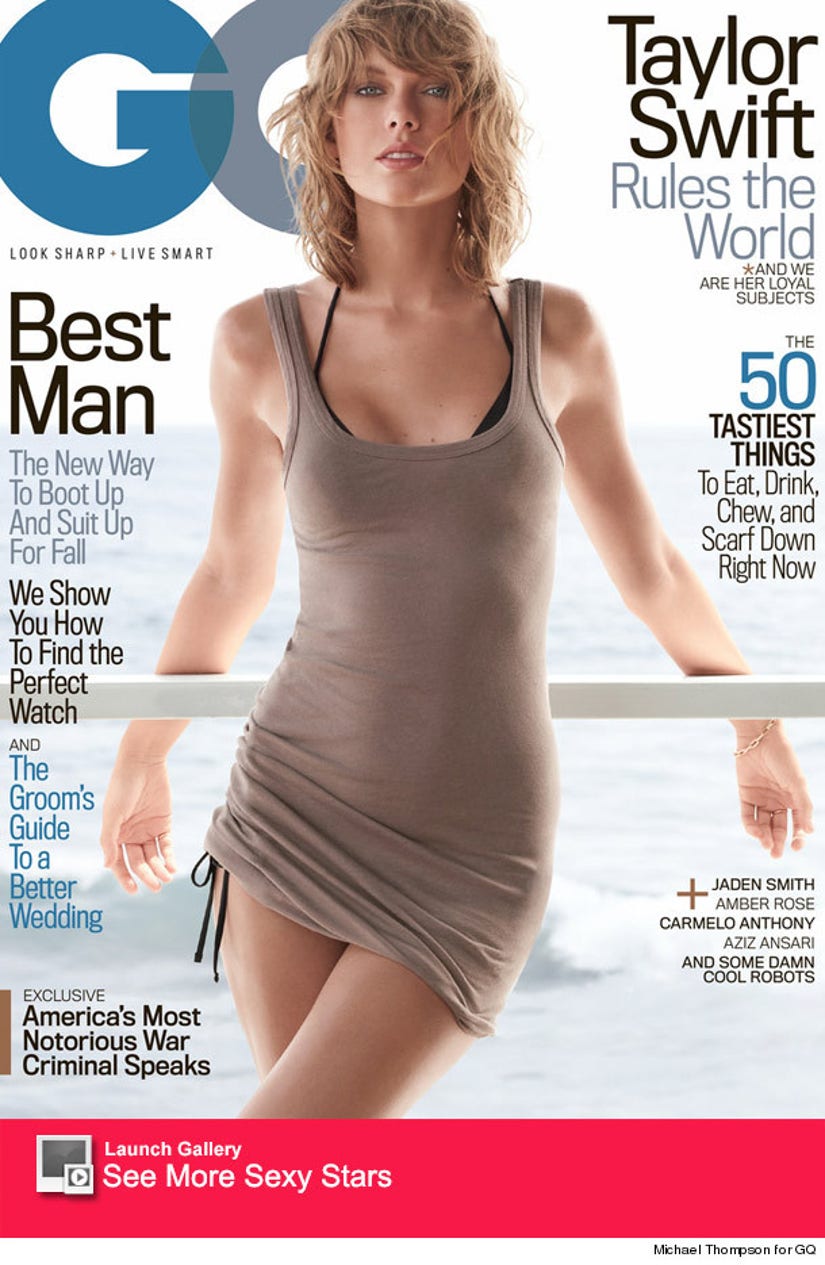 Has Taylor Swift ever looked better?!

The "Style" singer lands her first cover of GQ and stuns on the magazine's November issue while striking a seductive pose.

The 25-year-old rocks a black bikini under a tiny tan tank dress in the shot, her bob in tousled waves while sporting a face of minimal makeup.

The interview won't be released until next week, but promises that Taylor will get intense and candid on a wide range of subjects.

It's been a busy week for Taylor, who made headlines on Thursday for revealing what she learned from her infamous VMA feud with Nicki Minaj back in August.

The star opened up to NME magazine about the dangers of social media and admitted that sometimes she feels like people may need a break from her.

"I think I should take some time off. People might need a break from me," she revealed. "I'm going to hang out with friends. Write new music. Maybe not write new music. I don't know."

Hopefully TSwift doesn't stay away for too long!

What do you think of Taylor's sultry first cover? Sound off below then click "Launch Gallery" for more sexy stars!