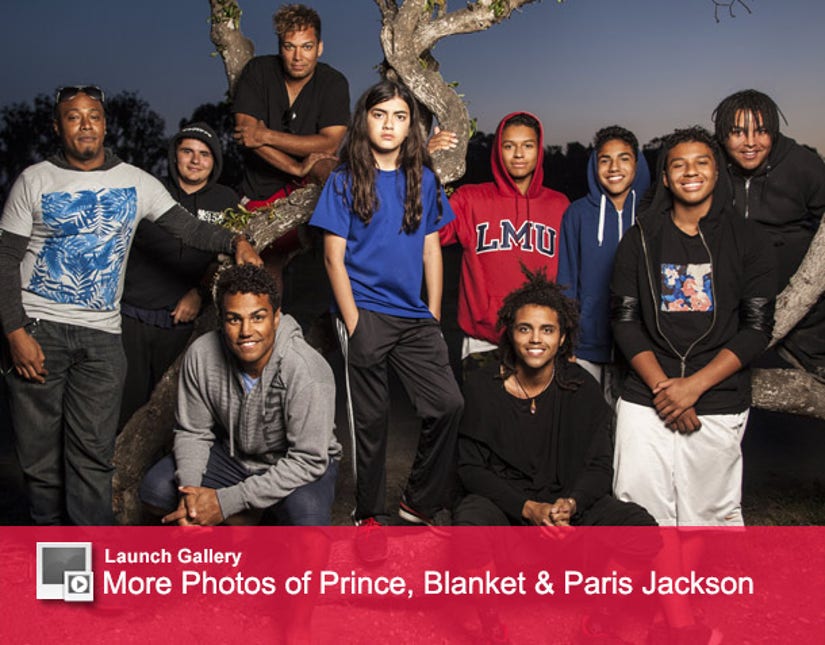 It's been over two years since we've seen Michael Jackson's youngest son, Blanket, out at a public event -- meaning this Jackson family portrait is one of the best photos we've seen of him, well, ever.

Sporting a blue t-shirt, athletic pants and sneakers, the 13-year-old is front and center, sporting his trademark long locks beside his smiling family members. Prince, 18, leans against a tree behind him, wearing a hoodie. Sister Paris, 17, chose not to participate in the series.

"The only way we would do this show was if it was stipulated that they wouldn't have to do the show at all," TJ tells toofab. "That was a hurdle for a lot of the networks."

"If they want to be in it, they can be in it," he added. "This is their chance to show the world who they are. You know, 'I'm not this tabloid or this or this or headline.'"

"We didn't go to Prince and say 'You're Michael Jackson's kids, can you be in our show?'" adds Taryl. "That's the way the media looks at it. We don't view them that way. To us, they're our cousins. They wanted to be in the show as doing things as cousins."

"The Jacksons: Next Generation" airs Fridays on Lifetime at 10PM.