Nicole "Snooki" Polizzi's duck lips are as big as they're gonna get.

The reality TV star made headlines back in August after she decided to get lip injections. At the time, she said she had always been self conscious of her thin smile -- and added she'd have to go back to her doc a few more times to get her pout to the perfect amount of plumpness.

Well, it's been a couple months now -- and the "Jersey Shore" alum tells toofab her lips are not getting any bigger.

"I had to go a couple times because you can't just plump them up huge the first time," she tells toofab's Candice Brock. "This is it. This is all I wanna do, a nice little plump, a nice top lip. I'm not gonna go any bigger. [But] obviously you have to keep going because they're gonna shrink."

When the 27-year-old mother-of-two first revealed the procedure, she was met with some harsh criticism. But Polizzi tells us the backlash didn't bother her at all.

"I honestly don't care what people say about me because they don't know me," she says when asked if she regrets being so open about it. "I always say I'm not living for them, I'm living for myself. People talk, that's just our nature. People are a**holes", so you just gotta deal with it."

Snooki is hardly the first star to be so open about getting some work done -- see more celebrity surgery confessions in the gallery below.

And be sure to come back later today, as Nicole joins us for this week's edition of TooFab or TooDrab. 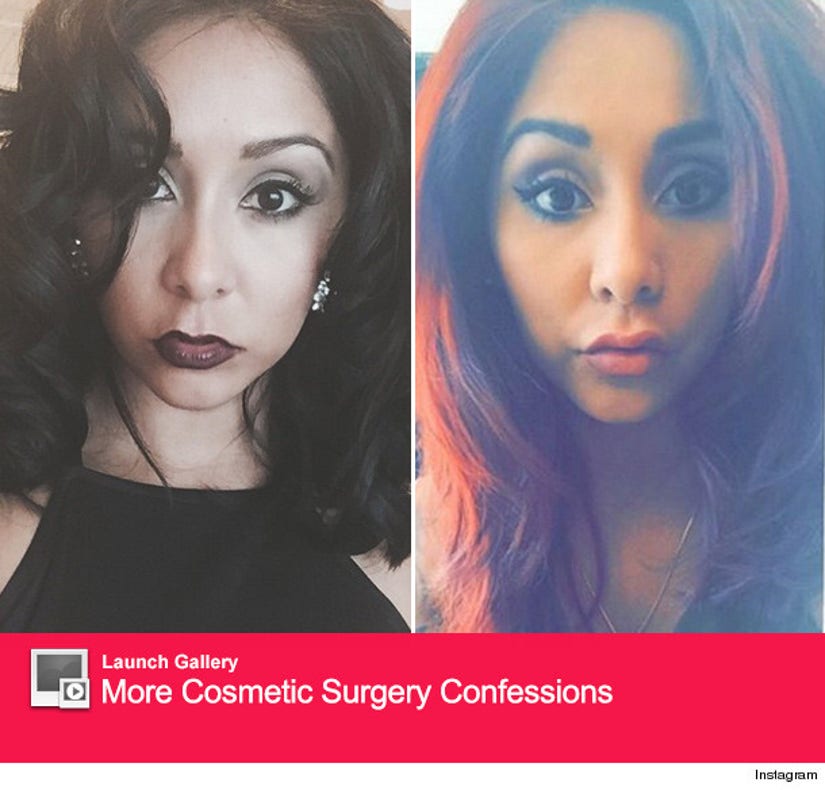