The good, the bad and Kendall Jenner's sheer style!

From the streets of Paris to the red carpets of LA, the stars gave us plenty to talk about with their fashion hits and misses.

Reality star and author Nicole "Snooki" Polizzi joins toofab's Candice Brock and Anna Kachikyan to judge the best and worst of celebrity style from this past week -- and it's clear they don't all have the same opinion! See their votes in the video above.

"Keeping Up With The Kardashians" Kendall Jenner star got some mixed reviews for her high fashion futuristic look at the Shiatzy Chen fashion show during Paris Fashion Week. The model slipped into a super sheer blouse and metallic skirt for the event, but one of our fashion critics found the look to be a little grandma-esque!

Another star who left our panel split was Lady Gaga, who traded in her usual risque style for sophisticated pink MSGM frock for a restaurant opening in NYC. Though some missed the bizarre getups of the past, others were impressed with the "American Horror Story: Hotel" star's recent style switch up.

And wait until you hear the hilarious reason why Snooki said singer Janelle Monae's look was "hurting her eyes!"

Check out the clip above to see who we picked for the best and worst dressed stars, and take a closer look at the week's questionable fashion below. 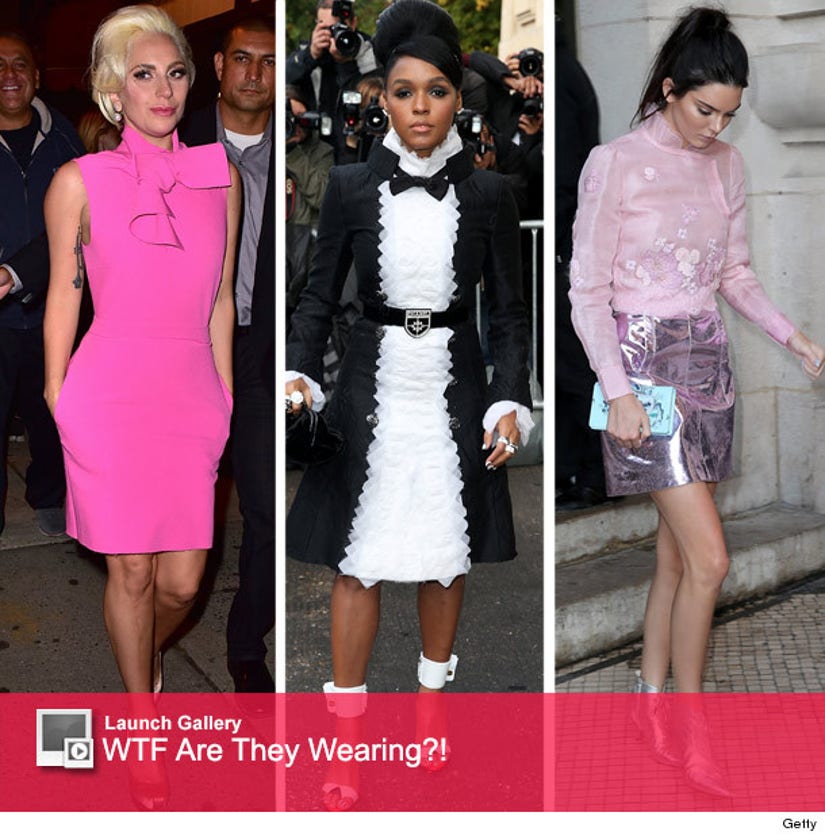