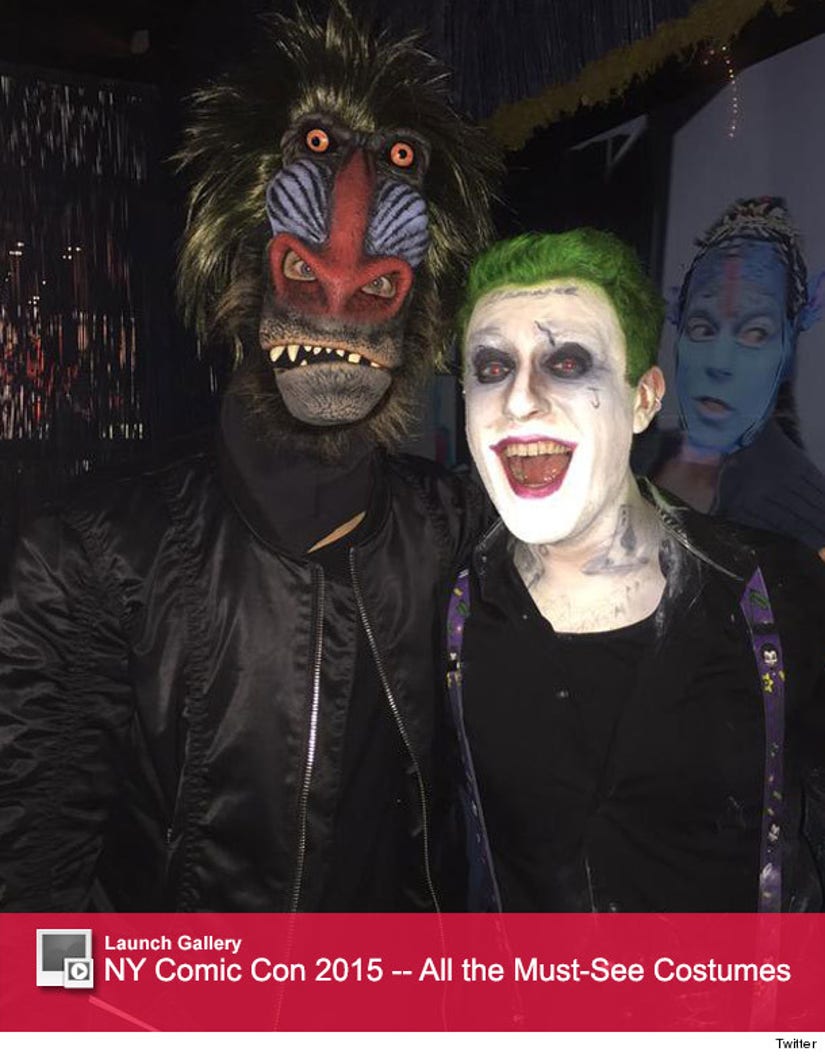 A bunch of people probably took photos with Jared Leto and Mark Ruffalo at New York Comic-Con over the weekend -- they just don't know it!

The two actors decided to walk around the convention floor incognito over the weekend, showing up in some elaborate masks that allowed them to enjoy the sights without being mobbed by fans.

First, Leto covered up his pink hair and and oh-so-pretty face with a giant baboon mask, sharing a photo of him with someone in costume as his version of The Joker from the "Suicide Squad" trailer.

"He had no idea," Jared captioned the pic. We're sure this guy is really kicking himself now! 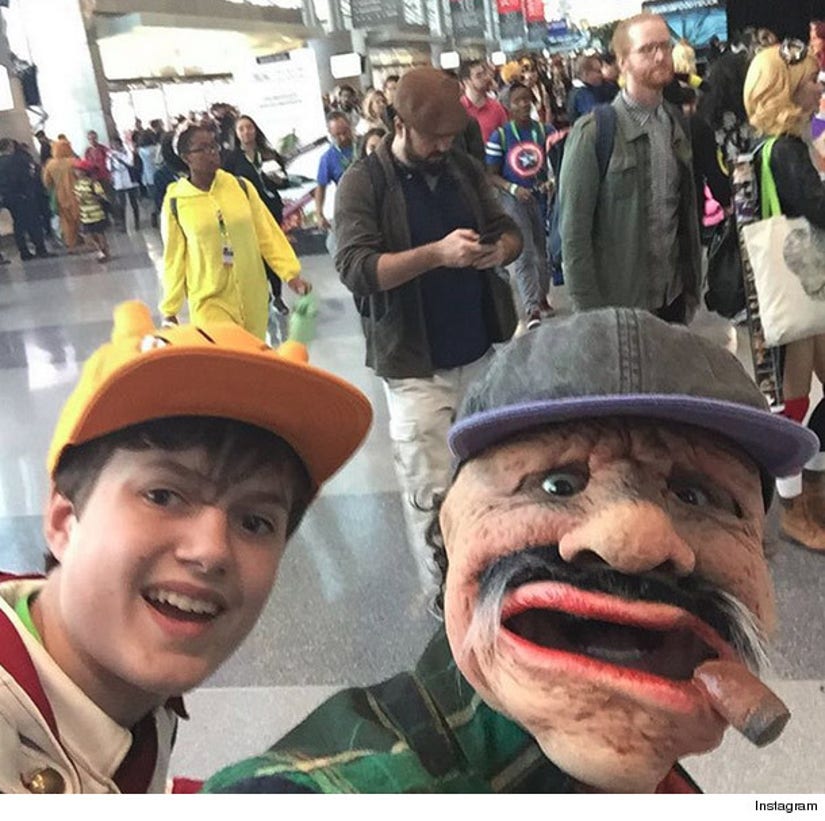 Ruffalo donned a disguise too, sporting a mask of some old man smoking a cigar.

The "Avengers" star attended with his son Keen, who was dressed in an Assassin's Creed jacket for the convention (above).

Mark even Periscoped from inside the event.

There were a ton of killer costumes from this year's NYCC -- including a large collection of Jokers and Hulks. Check out all of the impressive cosplay in the gallery above!