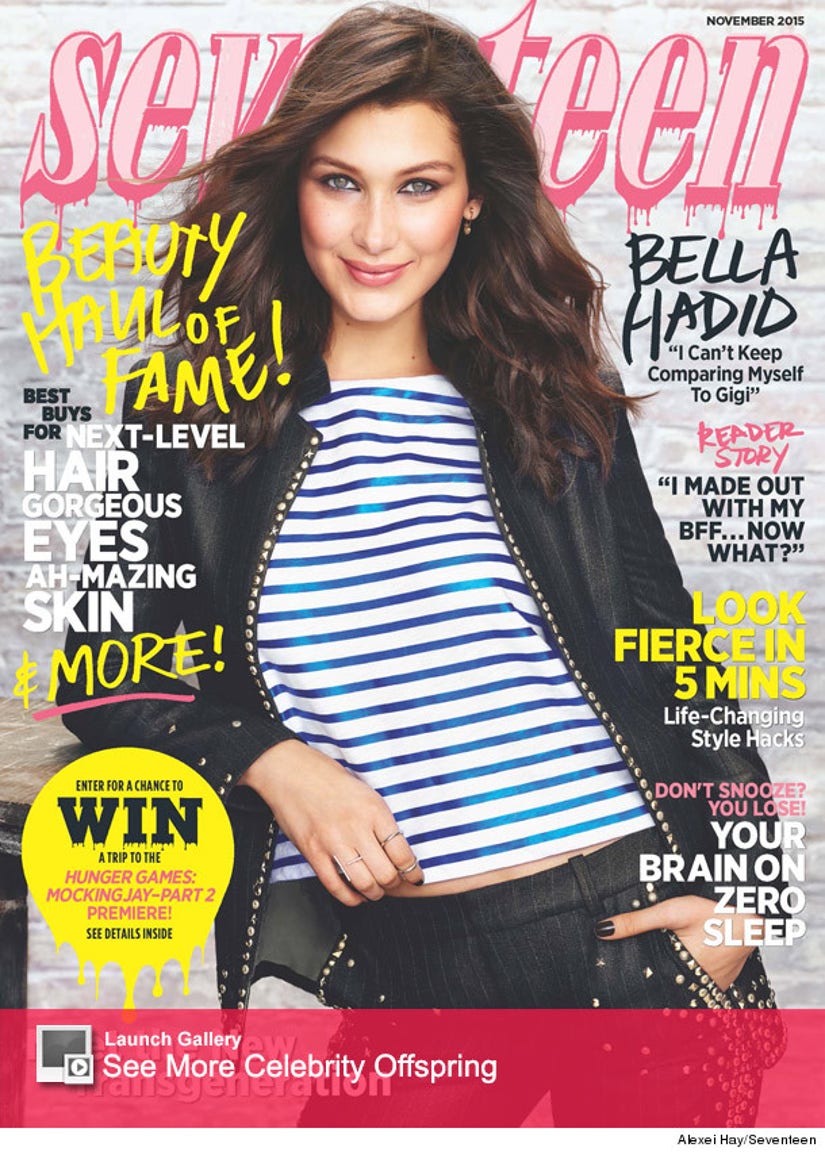 It's no surprise that Bella Hadid is constantly compared to her supermodel sister, Gigi Hadid, but fans also think she looks just like Jennifer Lawrence!

"I never saw it. But there are some photos that it's really weird and we look very similar," she says in the November issue of Seventeen. "People say it all the time. I'll walk onto set and five people will say, 'You know who you look like?' and I'm like, 'Jennifer Lawrence?' Then they'll say, 'How'd you know I was going to say that?' and I'll go, 'Because I hear it five times a day.'"

While Bella usually rocks a darker 'do, we can see the resemblance between these two beauties -- check out their similar cheekbones! 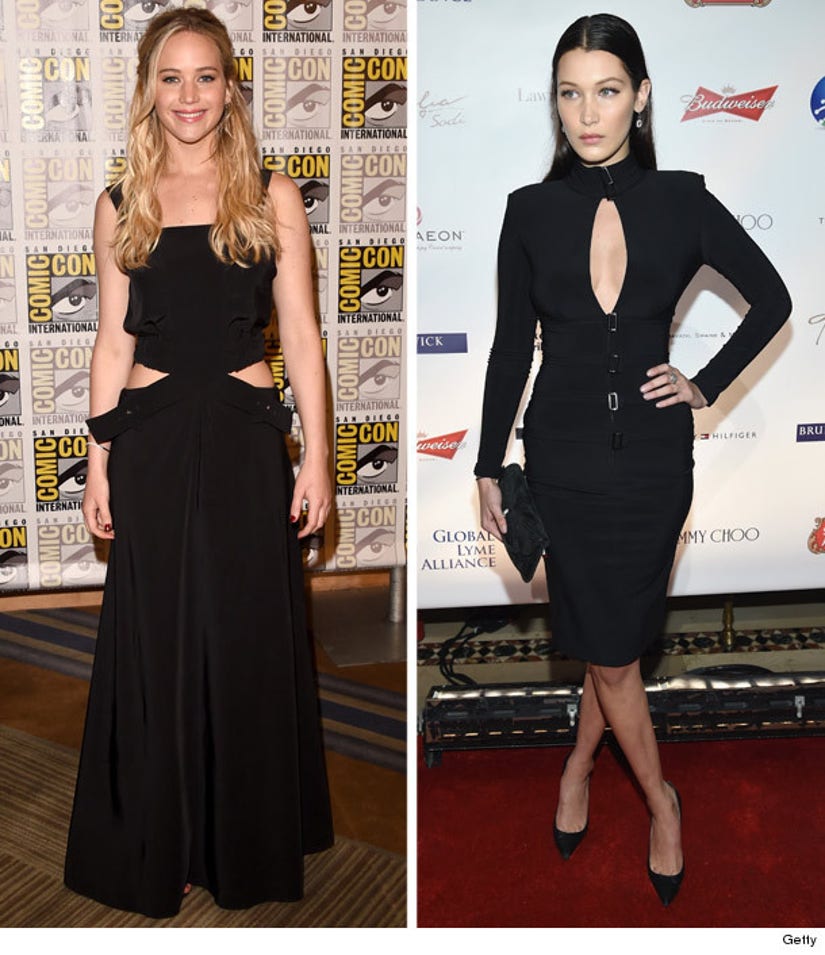 Of course, the youngest daughter of Yolanda Foster also looks strikingly similar to her famous family members. But, Bella still wants to separate herself.

"I can't keep comparing myself to her because we're so different," she tells the mag of her older sis. "But people still love to compare and contrast us — what's better about her or what's not that good about me — and it's hard because people are really mean. But I'm her biggest supporter, and she's my biggest supporter. We're not competitive at all." 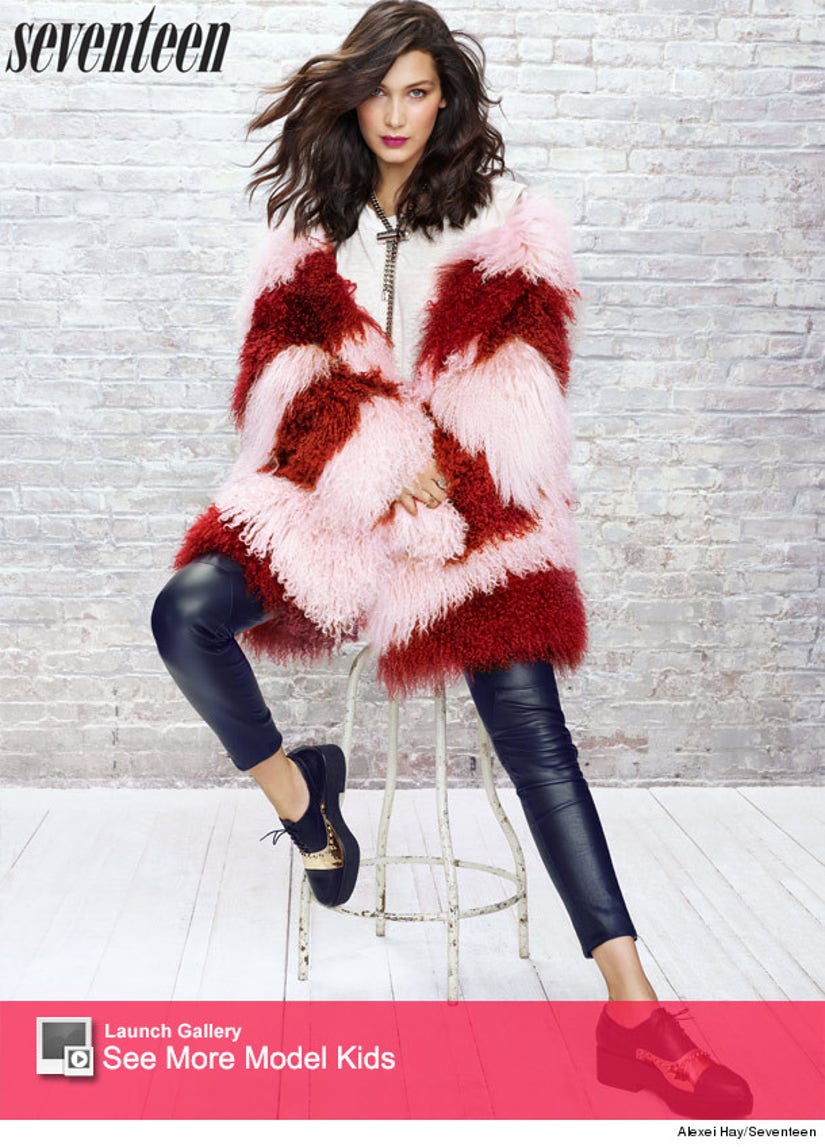 The 19-year-old star also has learned to accept that her body isn't the same as Gigi's either. "I definitely gain weight and I'm not naturally thin," she explains. "I'm really self-conscious if I go to trainers, so I just do stuff on my own. I go on the treadmill or do yoga and Pilates if I can."