Amy Schumer's ditching the jokes to address a serious issue.

The comedienne got extremely candid while chatting about her own body image issues with Maria Shriver during a pre-taped interview for "Today" on Friday.

The "Inside Amy Schumer" star has teamed up with Goodwill of Southern California to help women feel more comfortable about themselves with fashion. Amy hopes that through her partnership, she'll be able to help women, like herself, feel more confident and empowered with the right clothes.

"It's an emotional thing," she told Shriver during their sit-down interview. "It's been a struggle for me my whole life, and especially just being in the entertainment industry. Standing on a stage in front of people, I can't perform my best or be confident if I'm not sure — if I'm pulling at something [I'm wearing]. And sometimes I would just want to throw in the towel and be like, 'I'm not gonna go do standup tonight.'" 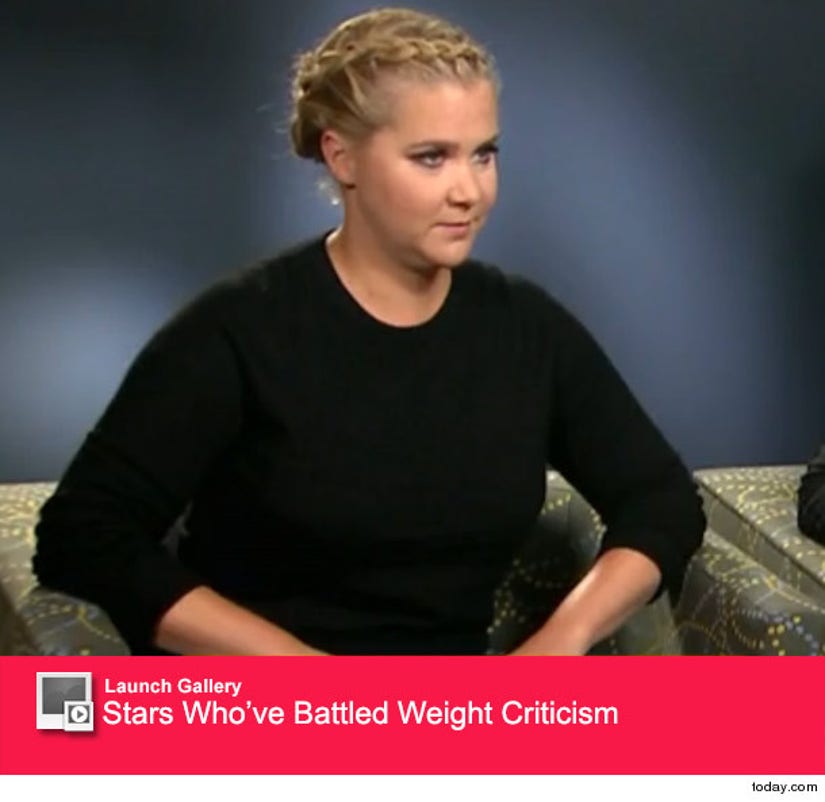 But after meeting her stylist Leesa Evans on "Trainwreck," the actress gained new confidence by simply changing how she dressed.

"My sister and I, we both have always dressed badly," she said. "Leesa had given me this gift of showing me how to dress and feel good. And she didn't have to do this, she just did. She shopped for my sister also, and seeing my little sister wearing a little blazer and a shirt and looking just like a strong, beautiful woman, it was ... to see this person I care the most about being given those tools was really moving for me."

"And I just wanted to give it to every woman," she added, with tears in her eyes.

But helping women feel more confidant about themselves through clothing is only one part of Amy's mission -- she also wants women of the world to know that these Hollywood standards of beauty come at a cost.

The 34-year-old will tackle that topic during her new stand-up special, "Amy Schumer: Live at the Apollo," which premieres Oct. 17 on HBO.

What do you think about Amy's candid comments? Sound off below and check out the gallery above to see more stars who've battled weight criticism.