Ready to return to a galaxy far, far away? Thought so.

Lucasfilm just released a brand new trailer for "Star Wars: The Force Awakens," giving us our best look yet at a few returning faces -- and the spotlight on some new ones.

"Who are you?" the trailer opens with, the voice sounding a lot like Lupita Nyong'o -- who we have yet to see. "I'm no one," replies Rey (Daisy Ridley). "I was raised to do one thing. but I've got nothing to fight for," adds Finn (John Boyega).

"Nothing will stand in our way. I will finish what you started," we hear a menacing Kylo Ren (Adam Driver) say, as Darth Vader's mask appears on the screen.

"There are stories about what happened," Ridley then says to Han Solo (Harrison Ford). "It's true -- all of it," says Solo -- giving us all chills. "The Dark Side, the Jedi. They're real."

The final quote in the impressive trailer: "The Force, it's calling to you, just let it in."

While Han Solo, Princess Leia, Chewbacca are all front and center, the whereabouts of Mark Hamill's Luke Skywalker is still shrouded in mystery. Where is he?!?

Fans can now buy tickets to the film everywhere movie tickets are sold. FYI: While you can purchase your tickets, the film doesn't open in the US until December 18. 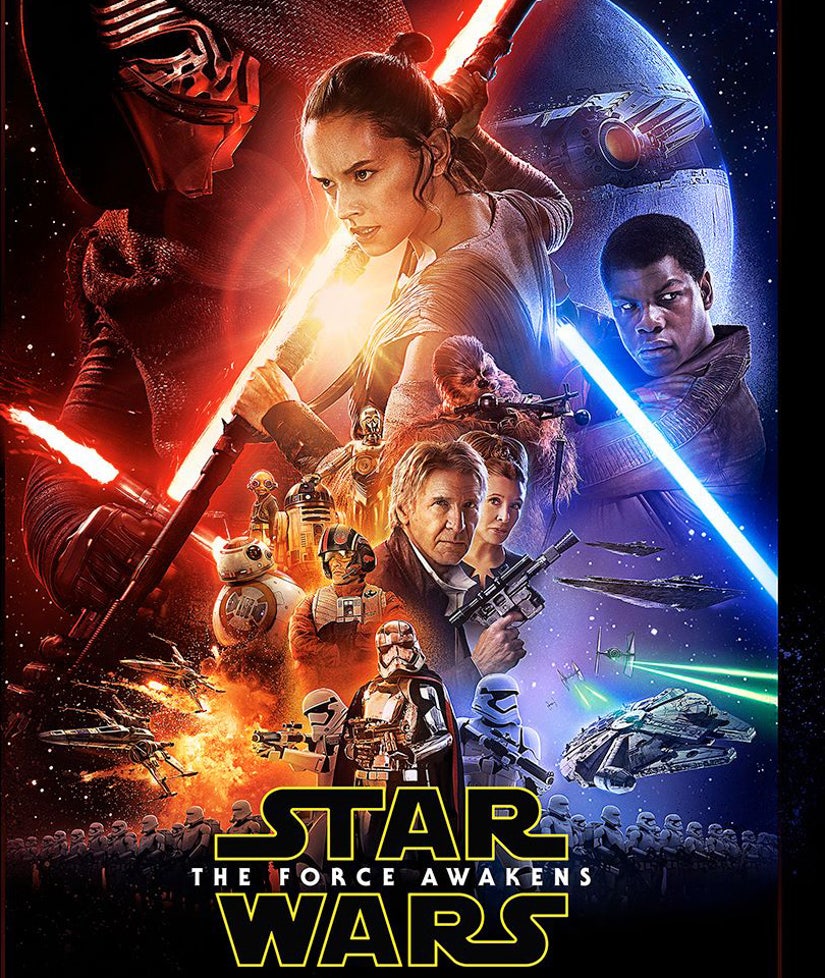