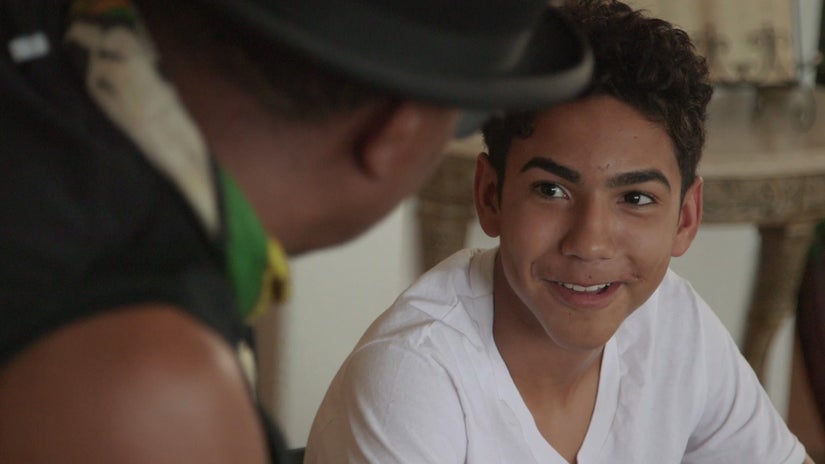 This is only slightly awkward!

In an exclusive sneak peek from this Friday's episode of "The Jacksons: Next Generation," we get a look at a very candid conversation between the legendary Tito Jackson and his grandson, Royal.

In the clip, the two are seen talking about Royal's girlfriend, before Tito starts giving out relationship advice.

"What's so important about being a Jackson, that you pick a good girl, somebody's that with you for the right reason," he warns.

While Royal -- the son of TJ -- thinks he means to watch out for women after your money, that's not exactly what Tito's talking about.

Then, things take a turn for the uncomfortable, as the 62-year-old Jackson brother starts talking about the birds and the bees.

"When you go to war, make sure your soldier has a helmet," he tells the boy. "I'm not ready to be a great grandpa!"

Watch "The Jacksons: Next Generation" Fridays on Lifetime.