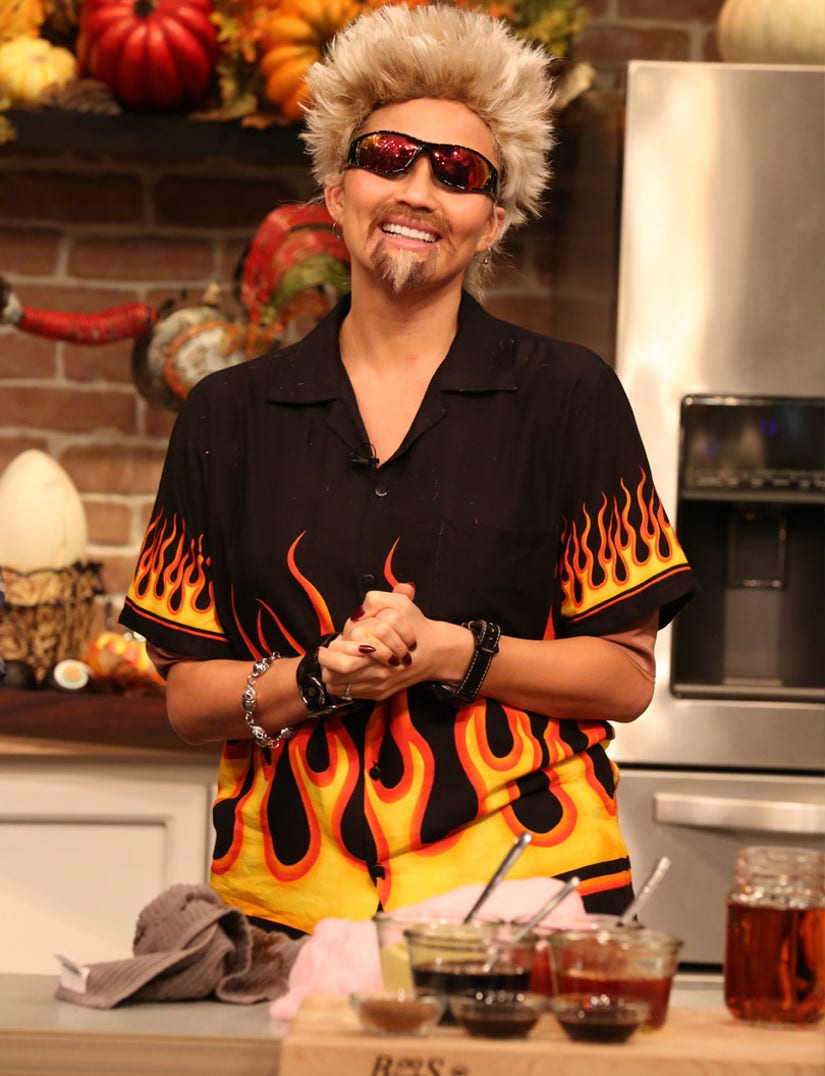 Chrissy Teigen is getting into the Halloween spirit!

For this Friday's pre-taped episode of "FABLife," the model steps into the kitchen and transforms herself into famous celebrity chef Guy Fieri in one of the most hilarious (and _slightly _creepy) costumes we've ever seen.

The 29-year-old went all out for her look, sporting a crazy blonde spiked wig, matching facial hair and the Food Network star's trademark flame-patterned button up and shades.

We can't wait to see what Chrissy whips up in the kitchen as Fieri ... and whether the other "FABLife" stylists will wear for their transformations! 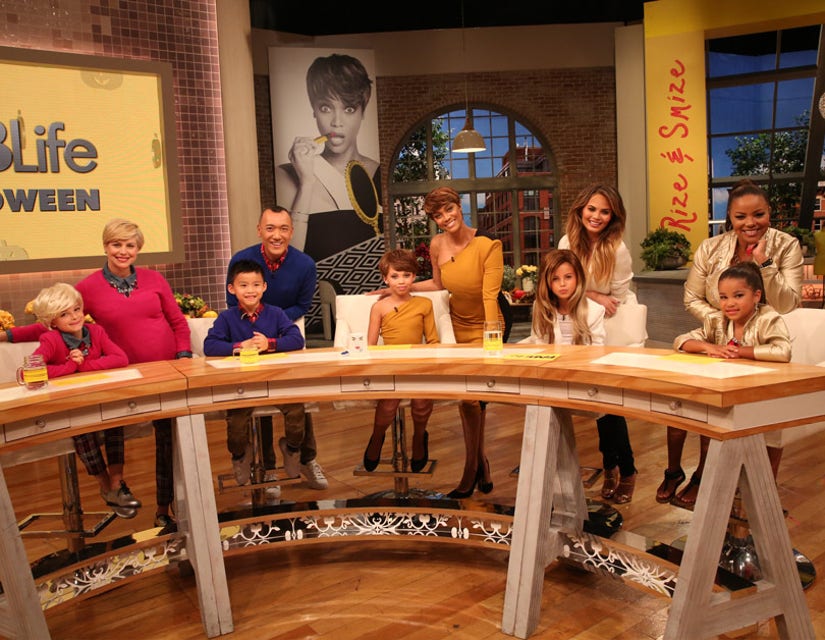 Later in the show, Teigen, Tyra Banks, Joe Zee, Lauren Makk and Leah Ashley will meet their adorable mini-mes. In a sneak peek pic photo, the hosts pose with their adorable kid lookalikes.

It's been an exciting past few weeks for the Sports Illustrated cover girl. Earlier this month, the star announced that her and hubby John Legend are expecting their first child together.

Chrissy had previously opened up about her struggle to conceive on an episode of "FABLife" back in September.

What do you think of the star's hilarious Halloween costume? Sound off below the click "Launch Gallery" for more of this year's celebrity costumes!