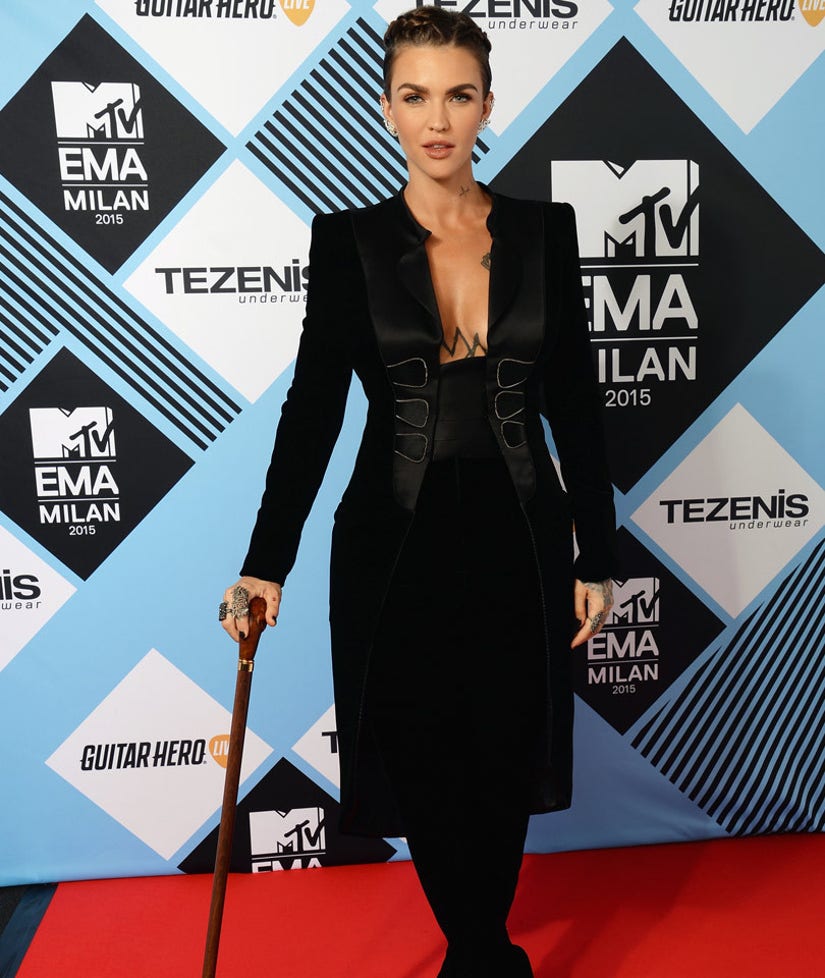 She may have been injured, but that didn't stop Ruby Rose from hosting the MTV EMAs!

The "Orange Is The New Black" star, who hosted the show on Sunday with singer Ed Sheeran, revealed she recently tore her calf muscle five times while shooting "Resident Evil: The Final Chapter" in South Africa.

Despite the painful injury, Ruby still showed up to the carpet in Milan ... still looking badass with a matching cane. The 29-year-old rocked an Armani Prive bespoke suit with a plunging neckline that showed off her cleavage and numerous tattoos. She paired the look with sky high heels and tons of jewelry.

"I just got off of shooting an action film, hence the cane because I've torn my leg. I just tore my calf muscle five times, no big deal," Rose joked of her accessory to The Hollywood Reporter. "We got to do amazing things. Acting is just that genre where you get to do whatever you want. I don't regret that," she added. "It adds to the character." 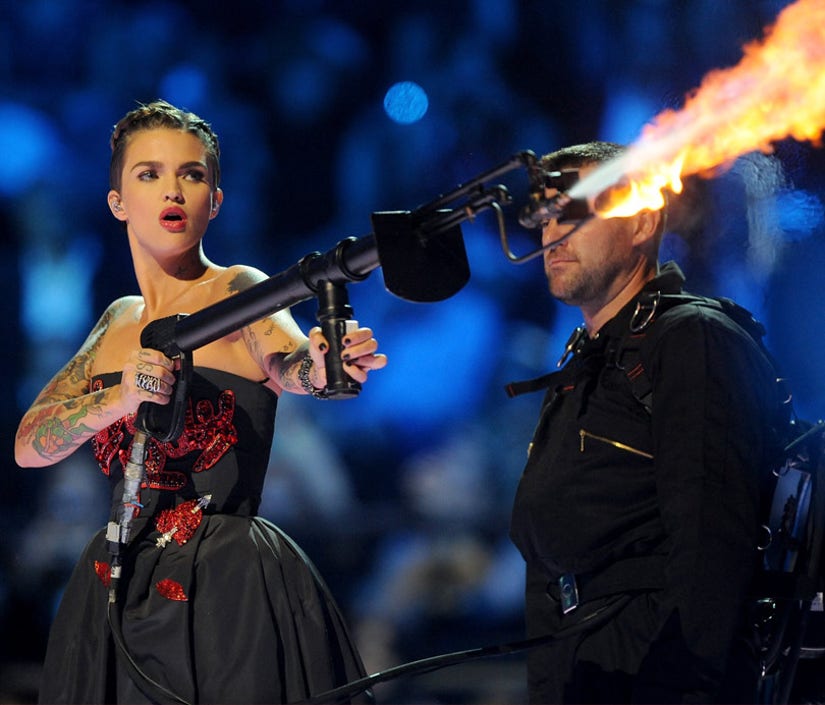 Even with a torn leg the actress was a trooper, changing her outfit 10 times and even stepping out on stage with a flame thrower!

During the show the Australian beauty sported a custom black Schiaparelli Couture gown which read 'I Love Ruby' and featured embellished lips, while firing off the flame slinging gun.

What do you think of Ruby's bad ass look? Sound off below then click "Launch Gallery" for more sexy stars! 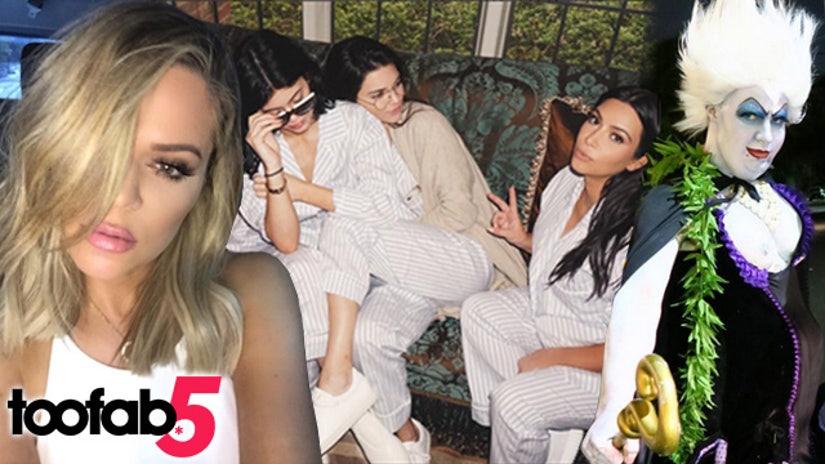