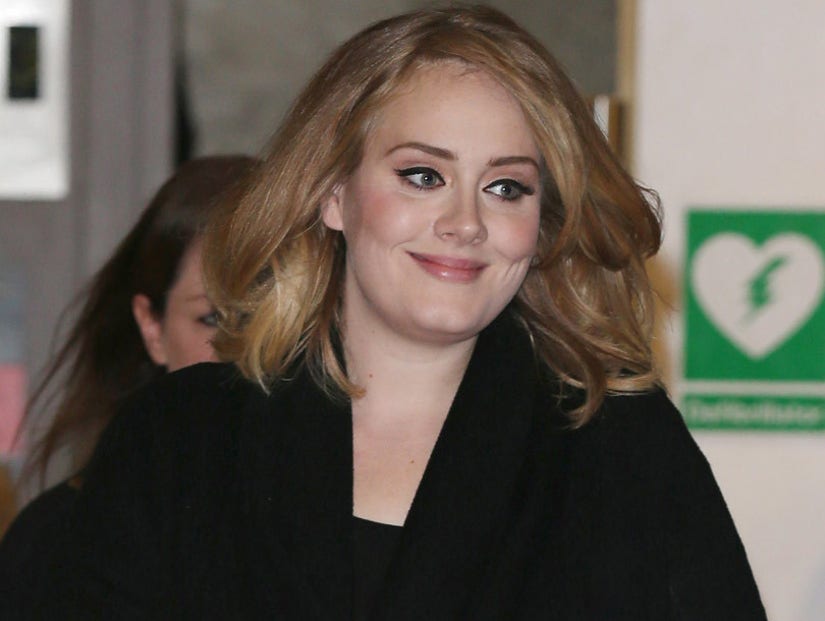 She may have one of the most powerful voices in the music industry, but Adele is still really good at staying out of the spotlight when she wants to.

After the birth of her son in 2012, she's kept a very low profile, barely posting photos of her home life on social networks or attending public events and red carpets. With her new album, "25," due out next month though, she's ready to return to the limelight in a big way ... and just gave her first big interview in over 3 years.

The singer got very candid on her fears, aspirations and guilty pleasures in a new one-on-one with i-D -- letting fans see a totally new side of her.

"It's definitely harder to avoid it than it is to give into it," she says of sharing every detail of her life with fans and the paparazzi. "I think most people tend to give into it because it is easier, but I just can't. I'm uncomfortable with giving into that kind of thing. Me being photographed in Waitrose is being famous for no reason and that is something that I am not up for and I will not stand for, for myself."

"It's not me trying to be like f--king anti-famous c--t-y, I just want to have a real life so I can write records," she continues. "No one wants to listen to a record from someone that's lost touch with reality. So I live a low-key life for my fans."

Staying grounded is key for the powerhouse singer, who says she's incredibly afraid of where fame could lead.

Still not convinced she's a down-to-earth soul? Adele also admits that she loves watching "Teen Mom," "American Horror Story" and "The Walking Dead" ... just like the rest of us.

With her music video for "Hello" breaking YouTube records, she tells i-D that her new single is not about the same person who inspired "Someone Like You."

As if a sure-to-be huge album on the horizon isn't enough, the 27-year-old says she hopes to "tour properly," see Britney Spears' Las Vegas show and make another record.

"I'd like to make records forever with the time I've been given for this one," she adds. "If I can do that I'll be really f**king happy."

Check out the full interview over at i-D.