The comedienne stopped by "Jimmy Kimmel Live" on Monday, where she dropped the never-before-seen trailer for her new indie flick, "Crying in a Sweater."

Before dropping the clip, the duo discussed the "Saturday Night Live" alum's love for independent movies. Kimmel even prefaced the trailer by mentioning the movie's early Oscar buzz.

"Some people, I know it's early, are talking about Oscars," Kimmel said, before the grand premiere.

While it turns out the sneak peek is a fake, we're definitely impressed with Wiig's acting skills -- she has no difficulty turning on the water works!

Clearly, Wiig knows how to bring the laughs too ... but revealed earlier this week that her new female-driven "Ghostbusters" reboot has been getting some negative attention.

"The fact there was so much controversy because we were women was surprising to me," the "Bridesmaids" star said in an interview with the *Los Angeles Times. "Some people said some really not nice things about the fact that there were women."

With fellow comediennes like Melissa McCarthy, Kate McKinnon and Leslie Jones making up the cast, how could the the reboot not be hilarious? 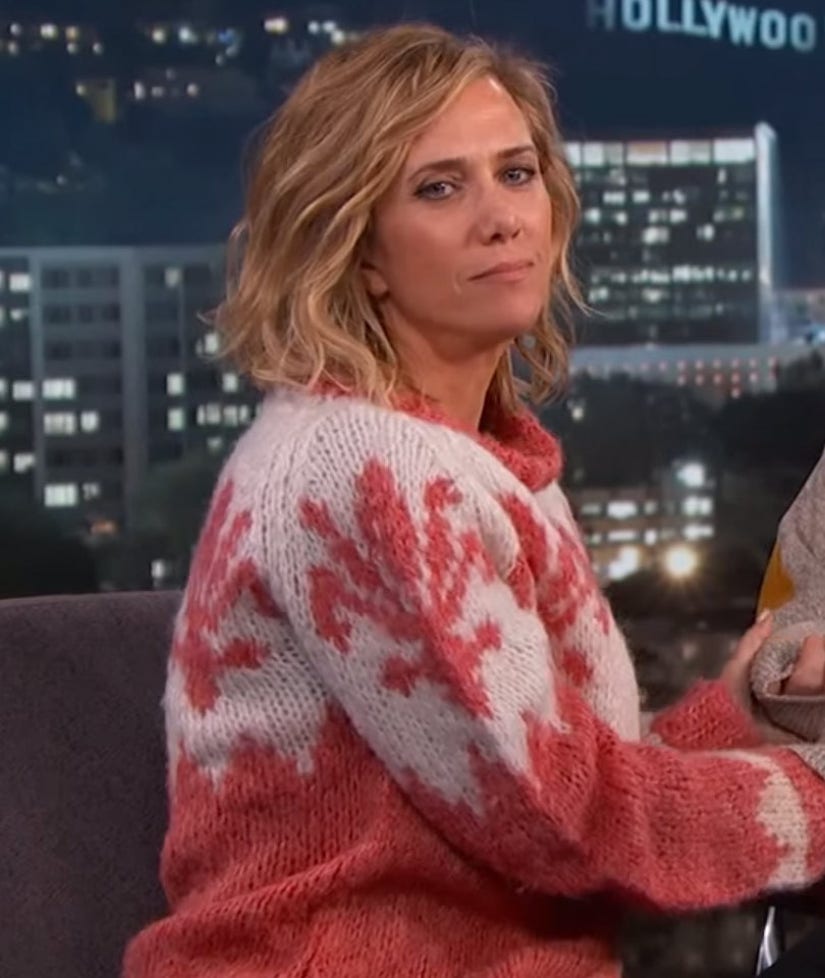 What do you think about Wiig's hilarious fake movie trailer? Sound off below and check out the gallery to see more of your favorite leading ladies then and now!