On Monday's Halloween-themed episode of "Dancing with the Stars," Leah Remini -- who filled in for co-host Erin Andrews -- fell victim to a spooky prank.

Remini was interviewing Tamar Braxton and her partner Val Chmerkovskiy after their dance when a clown ran up from behind and grabbed the actress -- needless to say, she was caught off-guard. Check out the video above to see Leah's hilarious reaction!

Clearly, the 45-year-old isn't a fan of clowns. The actress was so scared after the ambush that she dropped to the ground and fell right on her face. The brunette beauty picked herself up after though and handled the live TV tumble like a champ.

The masked assassin wasn't a stranger, either -- it was "DWTS" pro Sasha Farber. Sasha took to Twitter after Monday's show to apologize to Remini. "@leahremini it's Halloween week, it had to be done, love you!" he tweeted to Leah.

What do you think about Leah's fall? Sound off below and check out the gallery to see more women of the '90s then and now! 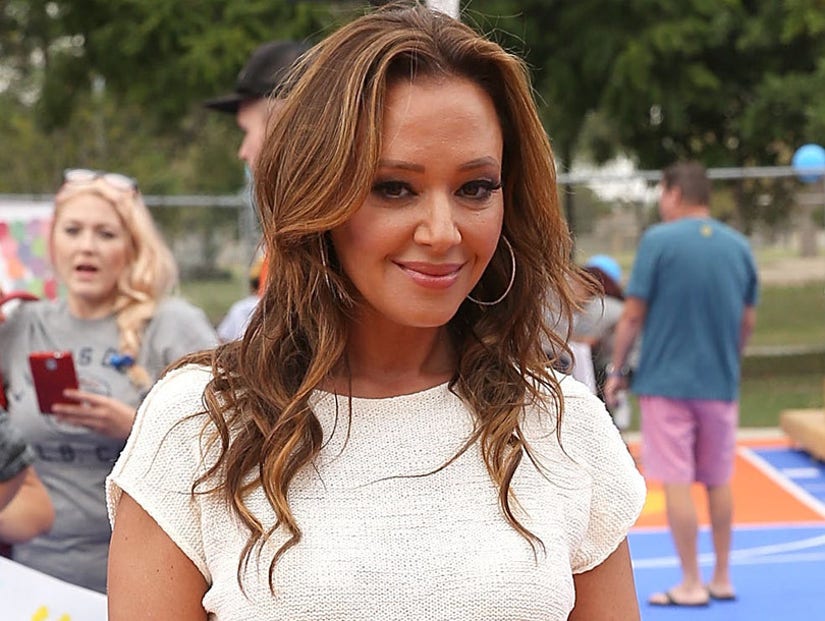