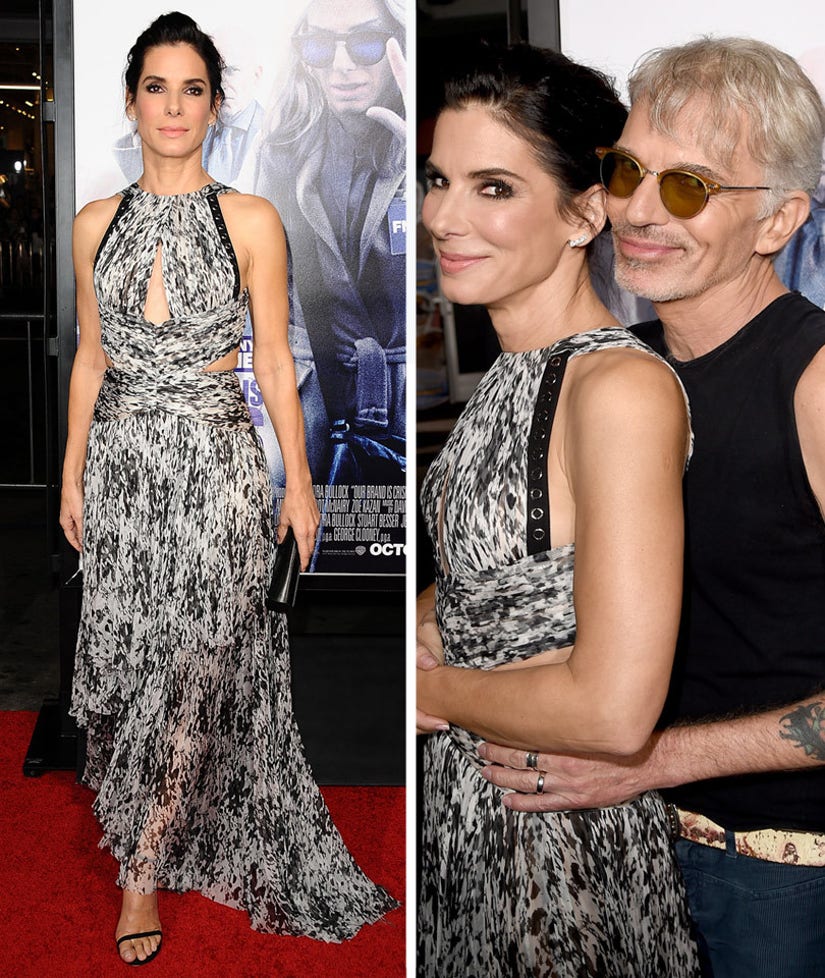 The 51-year-old star stole the spotlight at the Los Angeles premiere of her new movie, "Our Brand Is Crisis," hitting the red carpet in a black and white J. Mendel halter dress with sexy cutouts along the waist. She completed her edgy ensemble with black strappy sandals, a matching box clutch and a romantic updo.

The actress attended the event with her hunky new boyfriend, Bryan Randall. The couple was snapped walking hand-in-hand before the star-studded soiree, but the photographer let Sandy shine on the red carpet without him.

But, don't worry, Billy Bob Thornton was on hand to support his costar. The actor, who looked casual in a black muscle tank and jeans, did his best prom pose as he cozied up to Bullock from behind. 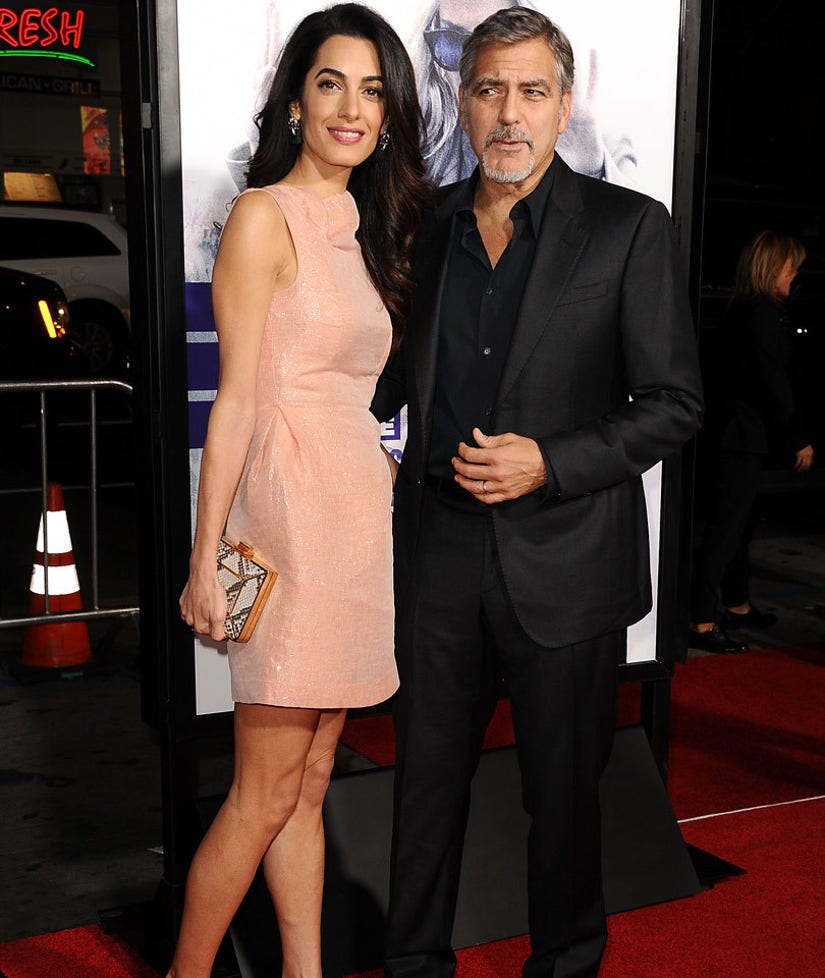 George Clooney, who produced the film, brought his stunning wife, Amal Clooney, as his date. The British beauty looked picture-perfect in a blush Roland Mouret shift dress and gold metallic pumps as her hubby looked dapper in a black suit and matching shirt.

It seems there are no hard feelings between George and Sandra -- as her role in the film was originally written for him!

Scheduling conflicts kept Clooney from starring, but when Bullock read the script, she wanted the part.

"[My agent and I] were looking for things to do and I couldn't find anything that excited me, and she says, 'Well, this script is wonderful.' I read it and it was amazing," Sandra told Access Hollywood.

The "Gravity" star later asked Clooney and co-producer Grant Heslov if she could have the role.

"They said yes. I've known them both long before any of us were working. We've sort of been side by side climbing that ladder," she said. "It made me really happy that they weren't too precious about it -- which they could have been because they spent a lot of time developing this project. But it was literally a phone call and they went, 'All right, let's do it.'"

See Sandra in action when the movie hits theaters on October 30.