The Kardashians are spilling some family secrets!

Cosmopolitan.com released a new video with the reality stars on Tuesday, from the magazine's "America's First Family" November issue which featured a 16-page spread with all of the Kardashian/Jenner ladies.

Kris Jenner and daughters Kim, Khloe and Kourtney Kardashian and Kendall and Kylie Jenner came together for their first joint shoot in over four years.

Now in a new behind-the-scenes video from the issue, the ladies reveal who in the family is the biggest flirt, the craziest, the funniest and so on. Check out the video above to see what they said!

According to the "Keeping Up with the Kardashian" stars, Kris takes the title of the "craziest" person in the family. "Mom could go into a mental institution," Khloe says in the clip. "She should be in white padded walls at all times."

The "most secretive" title goes to Khloe -- even admitting herself that she's "pretty shady" -- while Kim's crowned the bravest in the family.

"I think Kim is pretty brave," Khloe confesses. "The things Kim does are wild."

But the expecting star says she's become more fearful since becoming a mom. "I'm not fearless like I used to be," she confesses in the video. 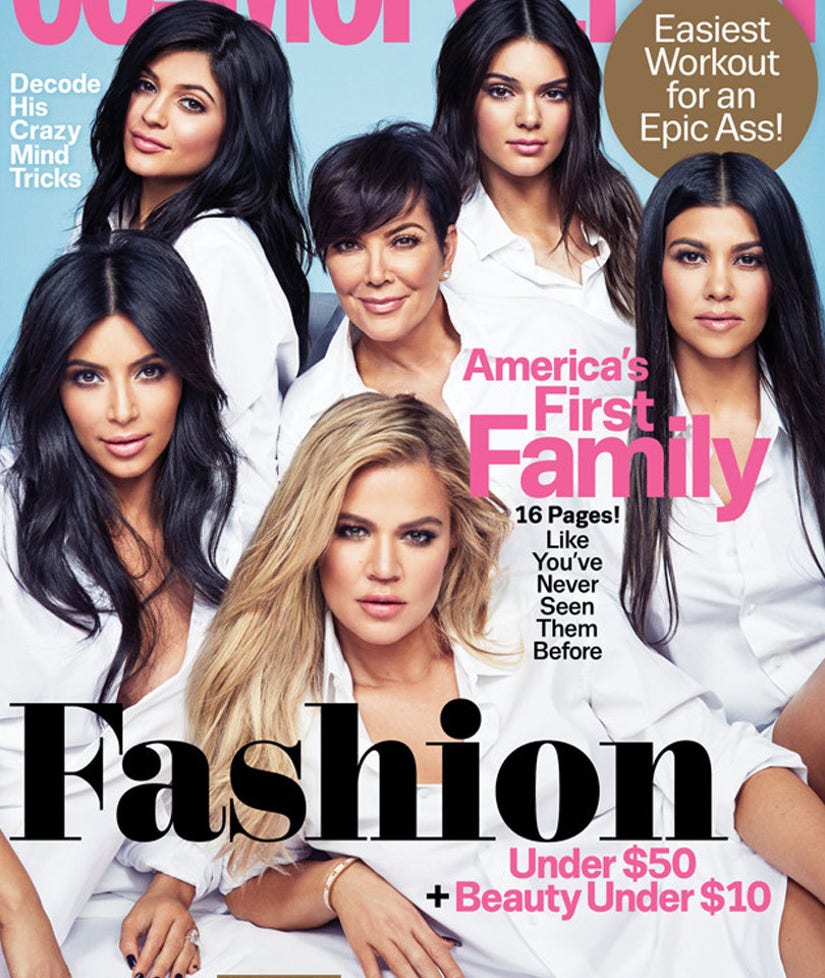 Make sure to check out the video above to see who they think is the funniest and biggest flirt -- what do you think about the Kardashian family awards? Sound off below and check out the galley above to see more of the family's sexiest shots!