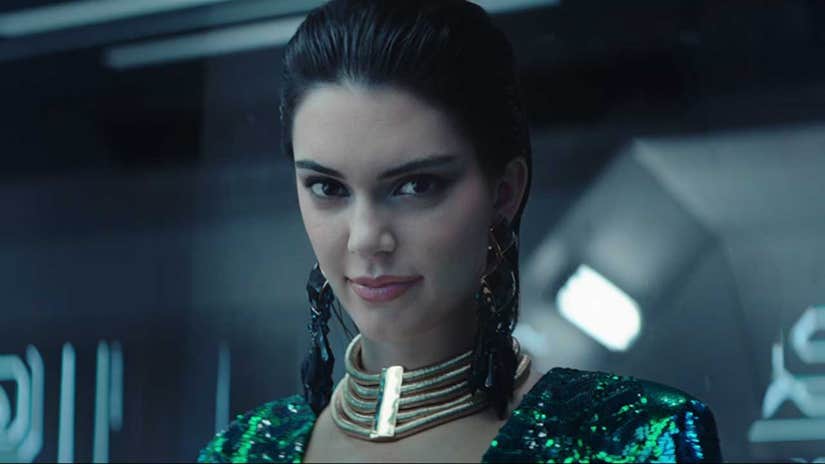 The supermodel appears in a new video for Balmain's new H&M collaboration -- and stuns in the futuristic campaign as she rocks the fashion house's bold designs.

The video, titled "The Kendalls," takes place in a high-tech subway station and features the 19-year-old not only strutting her stuff, but also breaking it down in a dance battle while on a train.

In the two minute video, the reality star dons a series of looks from the hotly-anticipated collection, including an embellished over-sized blazer, a fur coat and a green sequin dress.

At the end of the clip, the dancers disappear as Kendall takes her seat on the crowded train and creative director Olivier Rousteing introduces the collection. 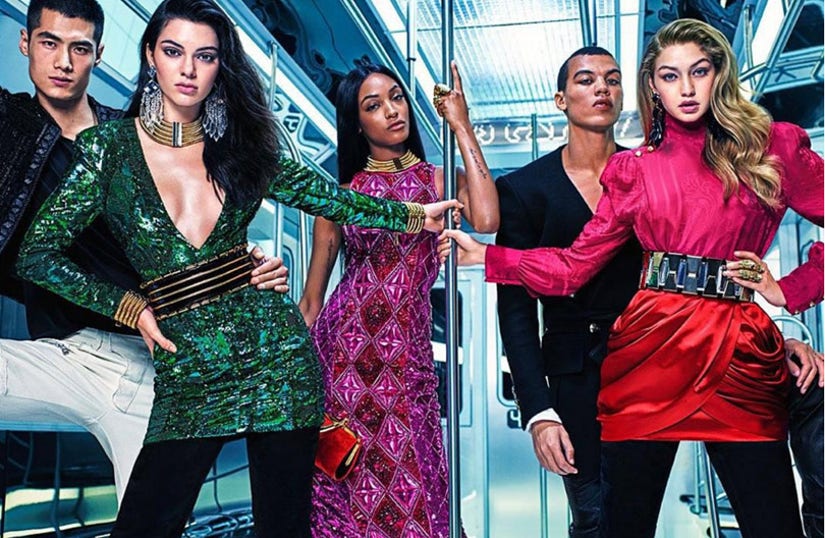 This isn't the first time the teen has appeared in a Balmain ad. Kendall and fellow model Gigi Hadid both appear in a series for H&M's latest designer collection. The duo also walked in Balmain's Spring/Summer 2016 show during Paris Fashion Week.

In fact, Rousteing loves his young muse so much, he couldn't stop gushing about her in a recent interview with Yahoo! Style.

"She is an icon. I'm inspired by her. For me she is the new Naomi, Claudia, Cindy. You know the type of models where people want to be her," he said. "She's just amazing and inspires an entire generation. I love that she's global, and loves music, dancing, she's the Balmain girl."