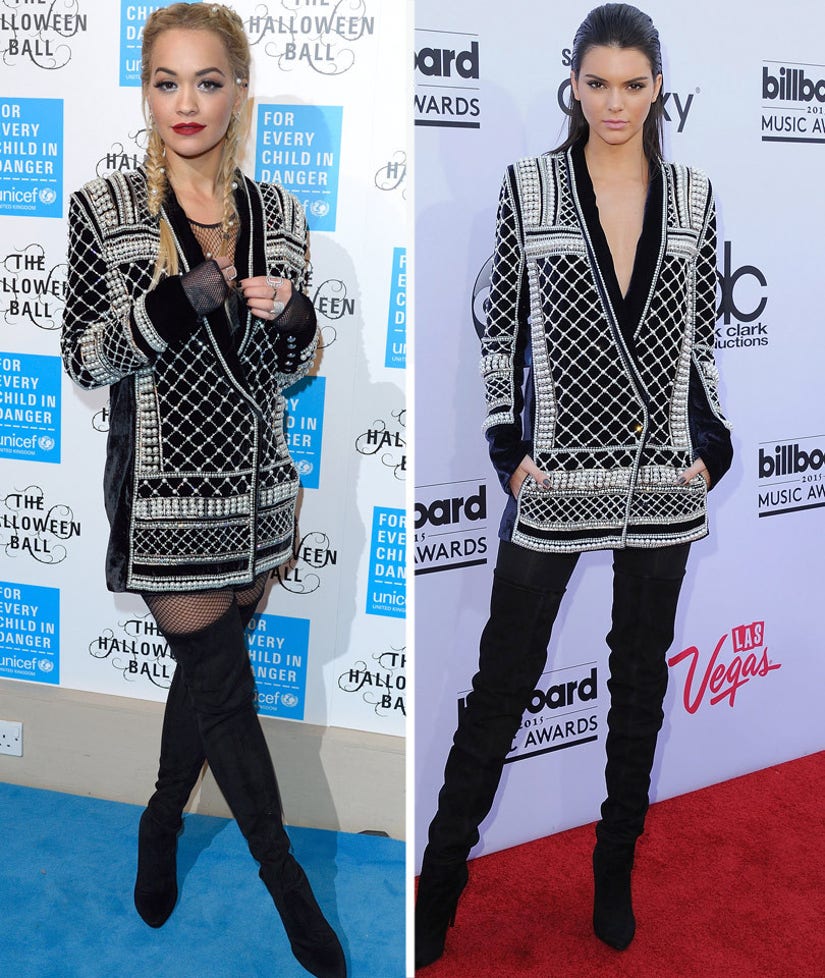 It's a style showdown between a pop star and a reality TV vixen!

Rita Ora showed off her stems at the UNICEF Halloween Ball in London on Thursday night, sporting a Balmain x H&M pearl embellished blazer. The British beauty paired the trendy topper with black thigh-high boots and fishnet stockings underneath.

If this show-stopping style looks familiar, you might have seen Kendall Jenner rocking it on the red carpet at the 2015 Billboard Music Awards. The "Keeping Up With the Kardashians" star completed her edgy ensemble with killer black boots, smokey eye makeup and a slicked back 'do.

While we think both ladies look fantastic in the bedazzled blazer, we have to give the nod to Kendall. No one can rock Balmain like the Kardashian/Jenner crew!

But, it's your opinion that counts -- who do you think wore it better? Cast your vote above!