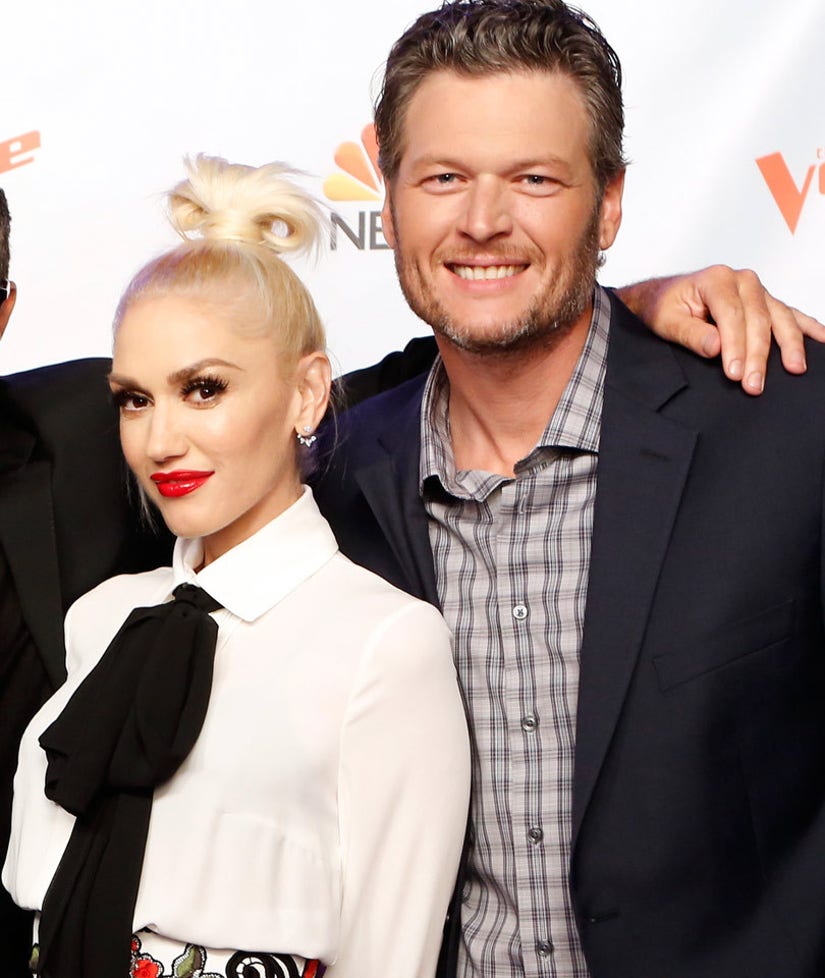 Are they or aren't they?

This weekend, Gwen Stefani and Blake Shelton fueled hookup rumors by partying together at two different Halloween parties -- leaving together and reportedly holding hands throughout the night. In one photo, Blake was even pictured with his hands around Gwen's waist.

"I was literally that party girl that you hear about when their life blows up and you're like, 'Oh, I'm going out! Watch me!,'" she said of her wild holiday in a new interview with Carson Daly. When he asked about photos of her and Blake specifically, she added, "We're just trying to have fun, you know?"

The two were spotted arriving separately to the Casamigos party on Friday night, before heading to Jared Leto's house party later that evening. Gwen was dressed as a bloody cowgirl for the events, while Blake wore a poncho. Check out their costumes in the gallery above.

During her revealing chat with Daly, Stefani also opened up about her divorce and how it inspired her new music.

"You just said the D-word on the radio! Woah, does anyone have a bucket? Because honestly, this is way more intense than I thought it was going to be," she said when it said "Divorce."

"My life basically blew up in my face and so I'm in this new life and it's pretty awesome, I have to say," Stefani explained. "Everything just feels new. I just feel inspired. I don't know how else to describe it."

"I don't have anything to hide. Everybody knows that I was married forever and now I'm not. And so, could you imagine what my life is like right now? It's crazy! I ended up going into the studio and on the way to the studio that first time, I didn't want to go," she said of her recording process. "I wanted to be in my bed, crying. And I did cry, all the way down Santa Monica. 'What am I doing? Why am I doing this?'"

"'Used To Love You' was another crazy thing because I had written down that chorus the day after some crazy stuff had gone down, like, crazy stuff in my life," she says, alluding to her split from Gavin Rossdale. "I've been writing stuff randomly, like, instead of going online and looking at stupid stuff, but being like, 'I'm just going to write. This is how I'm going to heal. I need to write. I need to write.' And I went back in and found that lyric and then it ended up being the chorus to the song."

Those lyrics: "I don't know why I cry, but I think it's cause I remembered for the first time, since I hated you, that I used to love you."

What do you think is going on here? Sound off below -- and see Blake and Gwen's Halloween night out in the gallery above!