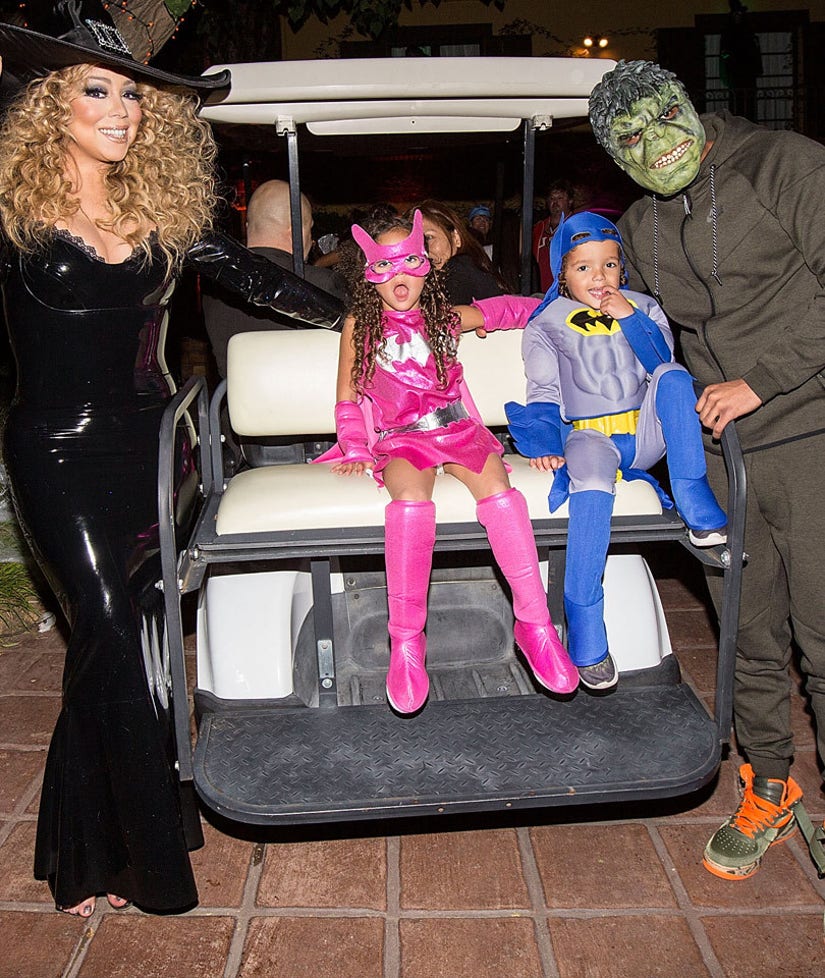 Mariah Carey and Nick Cannon reunited over the weekend to spend the spooky holiday with their twins, Moroccan and Monroe, 4, who looked adorable as Batman and Batgirl.

The singer, who hosted her own Halloween bash on Saturday, dressed up as a sexy witch in a figure-hugging black leather dress with matching gloves. Her ex-husband wore all green and channeled the Hulk.

Cannon shared a series of pics from the night's festivities -- held at a private estate she rented from Airbnb -- which included a round of trick-or-treating for his little ones. 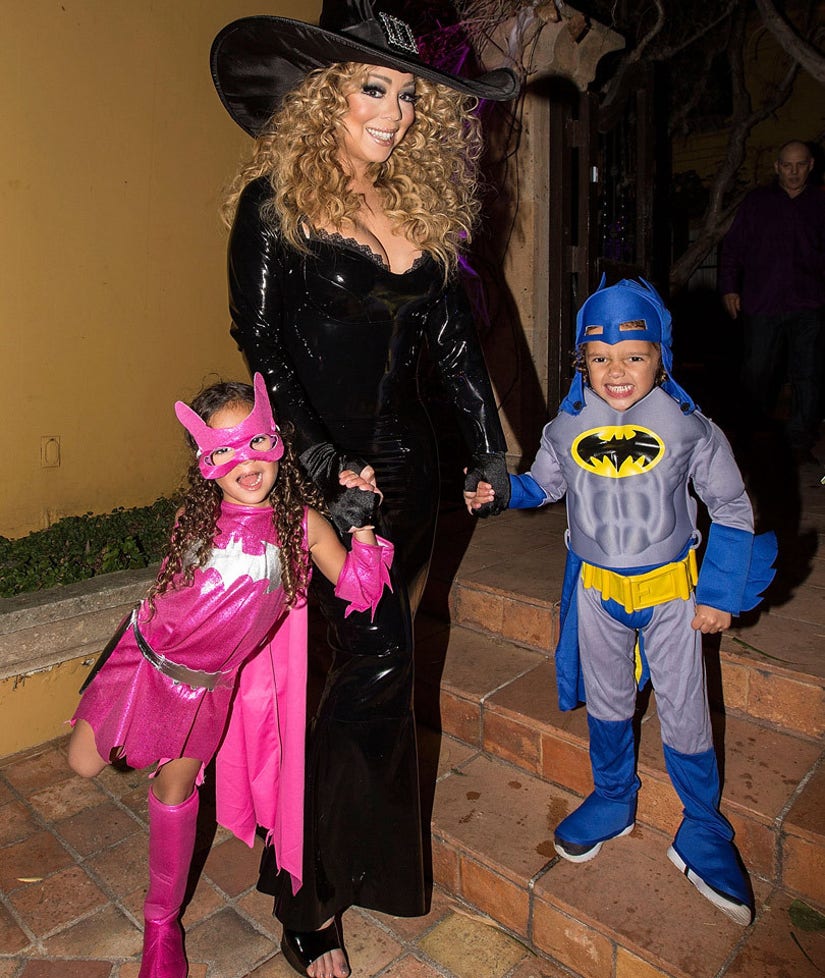 “#RocandRoe going hard this Halloween!” he wrote on Instagram.

Nick and Mariah were married for six years before splitting last summer, but the famous exes are still on good terms. Earlier this year, the pair reunited for an Easter celebration with their kids, and Nick gave his former flame a shout-out on Mother's Day. 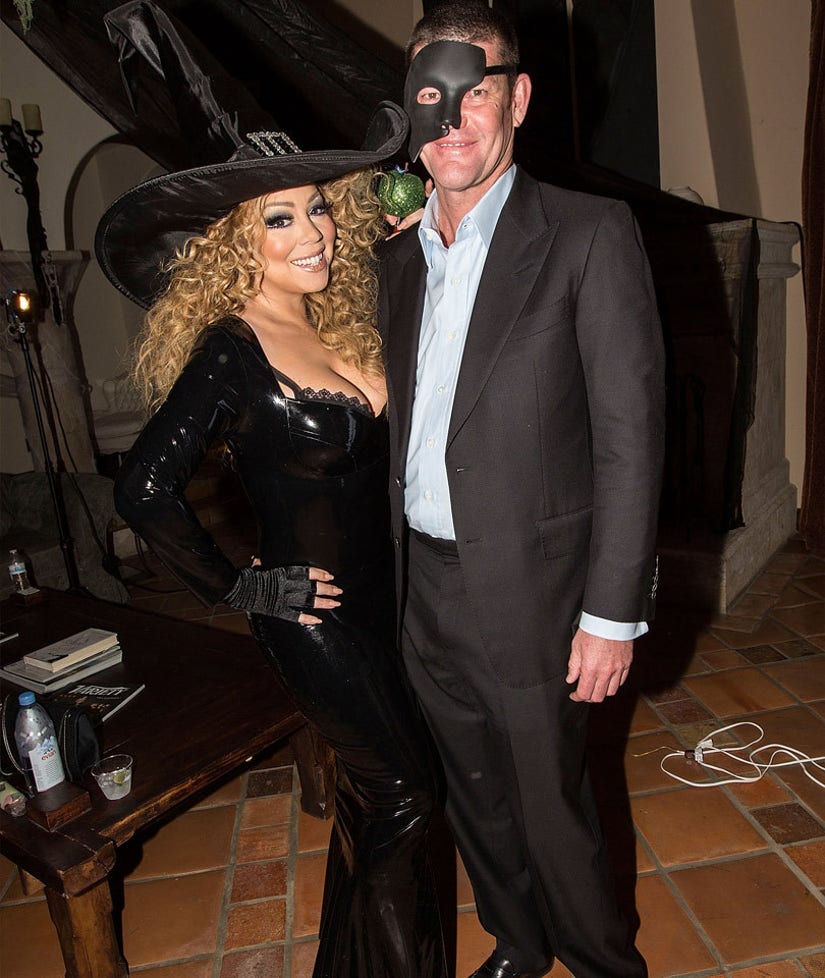 Check out ALL of the best celebrity Halloween photos in the gallery above!