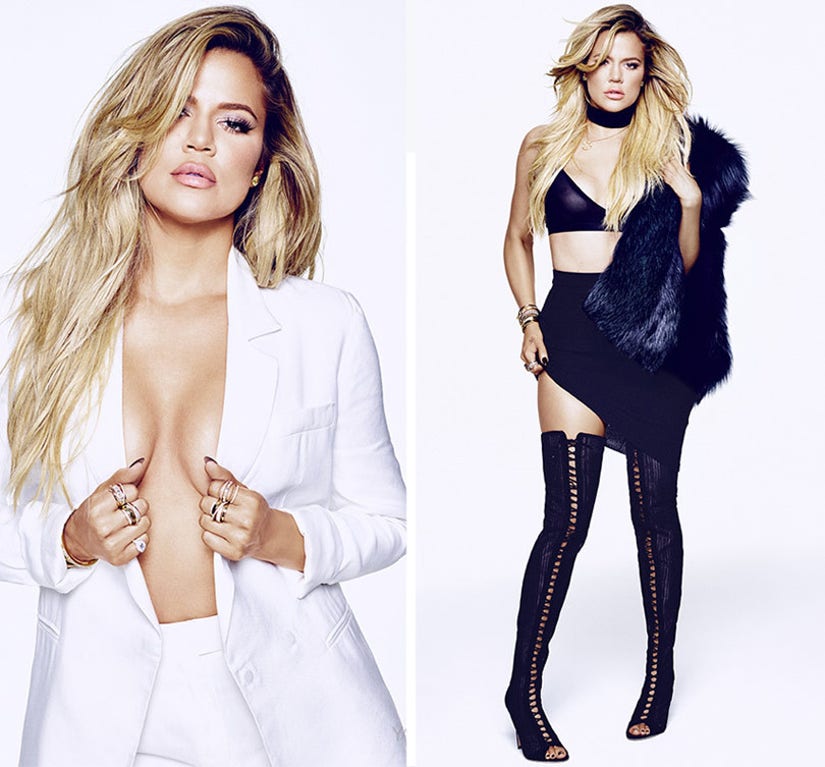 Khloe Kardashian is opening up about James Harden, Lamar Odom and the time ahead of them all.

In a new interview with Yahoo! Style, the reality TV gives an update about her relationships with the two men in her life, during what is clearly a confusing and emotional time for everyone involved. The chat was conducted after Lamar had been moved to Cedars-Sinai in Los Angeles, following his collapse at a Nevada brothel last month. He continues to recover, with Khloe by his side -- as she shared a photo from his hospital room on Halloween.

"If you look at my past with him, I've always been more private," she tells the website. "So for me, keeping this private is a big deal. I've seen a lot of people talk about it, and I think they shouldn't; you shouldn't talk about a medical situation unless you're around it."

After it was revealed that the former couple's divorce papers were never finalized, many took it as a sign that they were rekindling their romance.

"There is so much more medically and emotionally that we have to go through in order to even think about anything romantically," she now says. "This is a very serious situation with a lot of layers. He has a long road ahead of him, and I will be there by his side. I will always love him unconditionally. That will never waver coming from me."

As for her new beau, she says they're "great."

"Right now, at this moment — I can't even tell you what's going to happen in 30 minutes, which I've learned recently — but James and I are great, and we're on a great page," she adds. "As of this moment, he's been very supportive. He and I are doing just fine."

She was spotted at one of Harden's basketball games just last week.

If she sounds vague, it's purposeful.

"Not everyone needs to know everything about you — I know that sounds crazy coming from me," she continues. "There's already so much access to [my family], I wanted to keep a little percentage of my life just for me."

As for her short new 'do, that was also influenced by her rough patch.

"I was just emotional and irritated being in a hospital — I don't know why I did it, but I like it," she explains.

For a little more levity, check out Khloe's one-on-one with Yahoo Style's Joe Zee below -- where she calls sister Kylie an "18-year-old little bitch!"