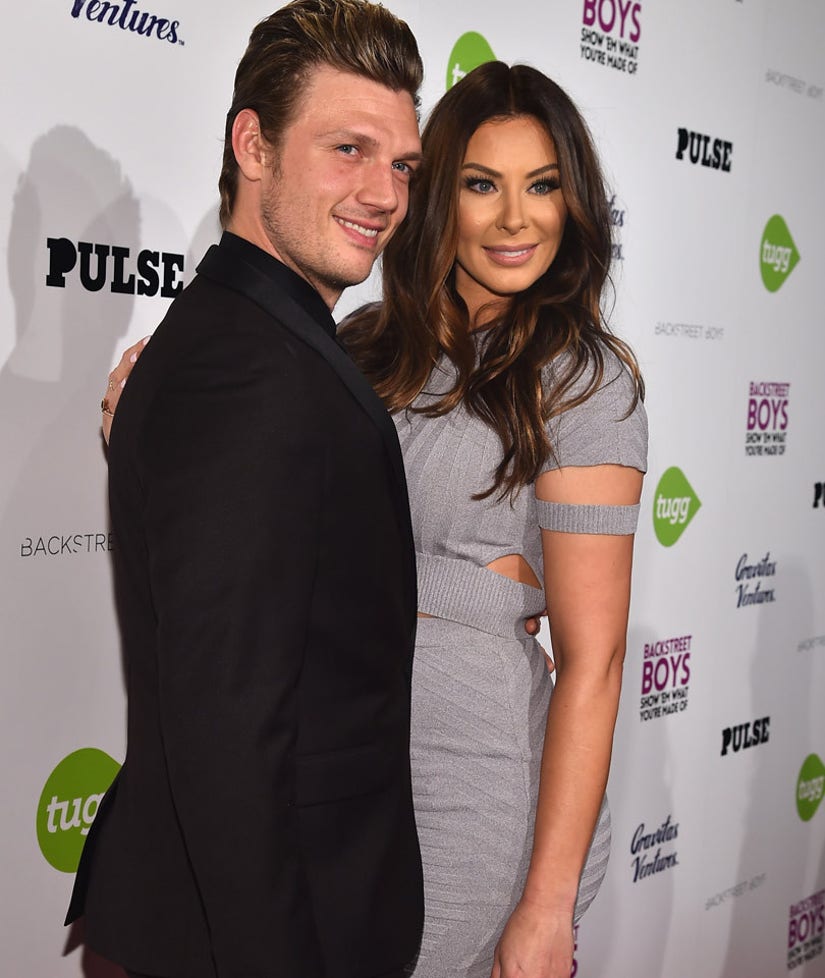 On Monday's "Dancing with the Stars," the former Backstreet Boys singer showed his emotional side while opening up about his struggles to start a family with wife Lauren Kitt Carter.

Before taking the stage, Carter and his wife revealed that they previously lost a child and had some difficulty getting pregnant again this time around.

"There's been times when we thought it wouldn't happen," he said in an interview before his performance.

"We were pregnant before and we lost the baby and it was really hard on Nick," Lauren said in the clip. "Just watching Nick get so excited about something and then to just see him so hurt, that was hard."

Carter was happy to announce that Lauren is now 16 weeks along and doing great.

But the night's biggest news came after Nick and partner Shawna Burgess' perfect-scoring performance, where the couple learned the sex of their baby while backstage chatting with Erin Andrews.

Andrews had a big silver box set up for the cute couple and gave Nick the honor of opening it. "It's a Backstreet Boy," the screen read behind the couple, as blue balloons flew out of the box.

We are so excited for Nick and Lauren -- what do you think of their big news? Sound off below and check out the gallery above to see more expecting stars!