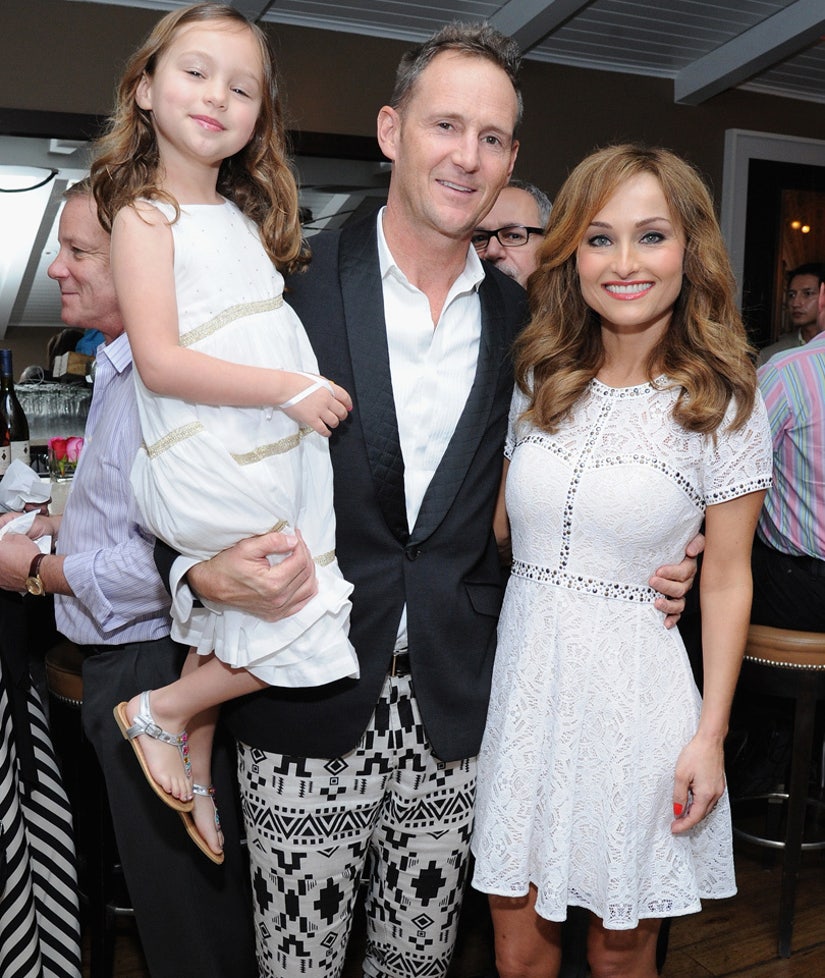 Giada De Laurentiis is in the hot seat!

During a cooking segment on "The Wendy Williams Show," the celebrity chef got grilled about life after splitting from her husband of 11 years, Todd Thompson.

"I've always loved cooking, and I always say that I sort of gained my confidence as a young girl in the kitchen, that's where I felt the most creative and empowered," De Laurentiis said as she started cooking. "What happened over the years working, you get caught up in your world, and all of a sudden my world came sort of crashing and I got divorced. I have a child, so I became a single mother [to Jade, 7]… I took a year of just sort of reflection. Cooking really helped me get through it. It made me happy."

The talk show host also mentioned romance rumors involving Bobby Flay and Matt Lauer, which prompted Giada to joke about being linked to "anybody I laid eyes on even crossing the street."

Wendy let her guest keep cooking before going right back in with the tough questions: "Are you dating? Do you have a boyfriend?"

"You know what I love? I love how she just dropped that in the middle of it," the Food Network star said with a smile. "That's what makes you good at what you do, Wendy! Catch me off-guard!" When Williams kept on pressing, the single mom finally admitted that she's dating. "I'm going to say kind of, and I will tell you, this is the first time I've actually said that!"

"Are you in love?" Wendy asked. "God!" Giada shouted with a laugh.

Check out the clip to see if the gorgeous food guru revealed her new boyfriend's identity!