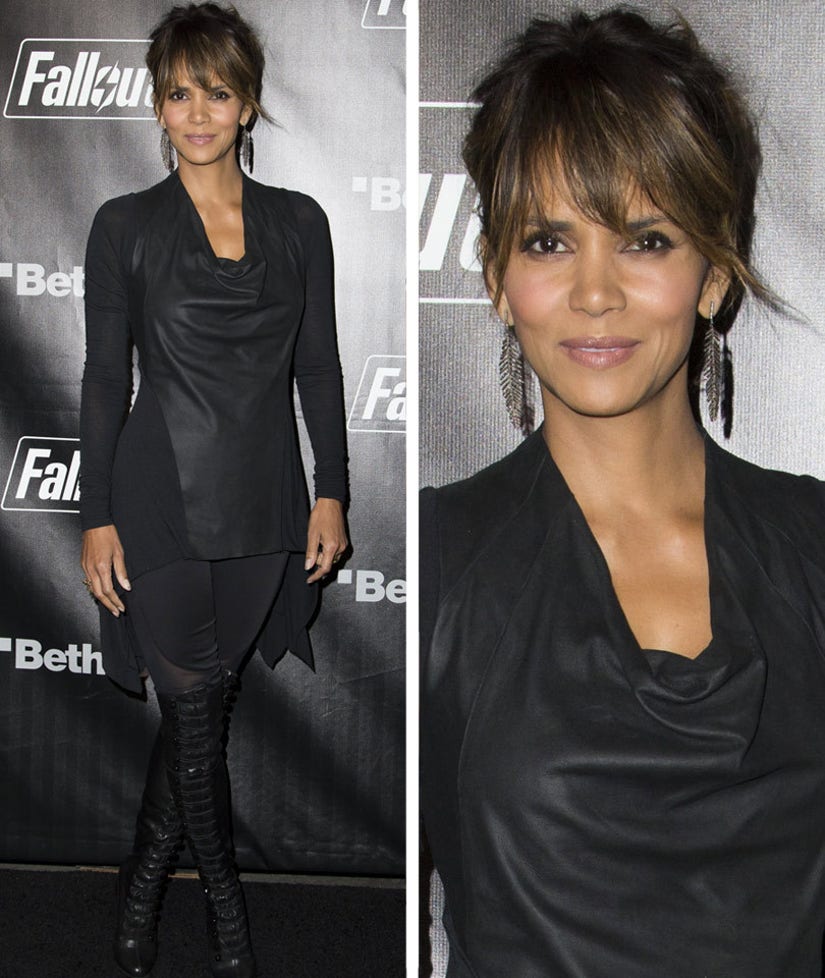 Halle Berry is hanging in there.

The actress -- who filed for divorce from Olivier Martinez at the end of October -- sat down with Extra's Terri Seymour at an event benefiting the Jenesse Center, Inc. earlier this week, where she opened up about the separation.

"I'm doing ok, I really am," she assured Seymour, when asked how she's been doing since the split. "I ... I keep pushing and I'm really happy to be here because whenever you're going through anything in life, when you step outside yourself and focus on others, that's always the best remedy for any situation that you'd rather not be dealing with."

Though it's been a rough few weeks, at least the 49-year-old beauty has her two children Nahla and Maceo keeping her company during the difficult time.

When Extra asked if her adorable kiddies know how strong their mama is, Berry cracked a joke. “Oh yeah, you should be in my house!" she said with a laugh.

The "X-Men" star also opened up about turning the big 5-0 in August next year, and revealed she couldn't care less about approaching the milestone.

But, she is planning to celebrate with a low-key ladies trip to the Caribbean.

"I want it to come and go as fast as it can," she continued. "I'm going to take my five best girlfriends to a Caribbean island, we're going to have a cleansing, we're going to jump in the ocean butt naked and have a spiritual moment and bond and connect as women. That's how I'm going to blow it out with my girls, with my best, closest, dearest friends…I love my womanships."

For now, the "Cloud Atlas" actress is focusing on her charity endeavors. The Janesse Center works to prevent domestic violence, and the cause is very close to Berry's heart.

"Women are so often devalued and we grow up with that belief about ourselves so when we find ourselves in an abusive relationship, we don't think we're worthy to be out of it, we don't think we deserve better so our idea at the Jenesse Center is to teach them a better way to let them know that somebody loves you, that's our big dream," she added.

It's great to see that Halle doing well, all things considered -- what do you think about the actress' candid comments? Tell toofab below and check out the gallery above to see more celeb sightings at Thursday's "Fallout 4" launch party in Los Angeles!