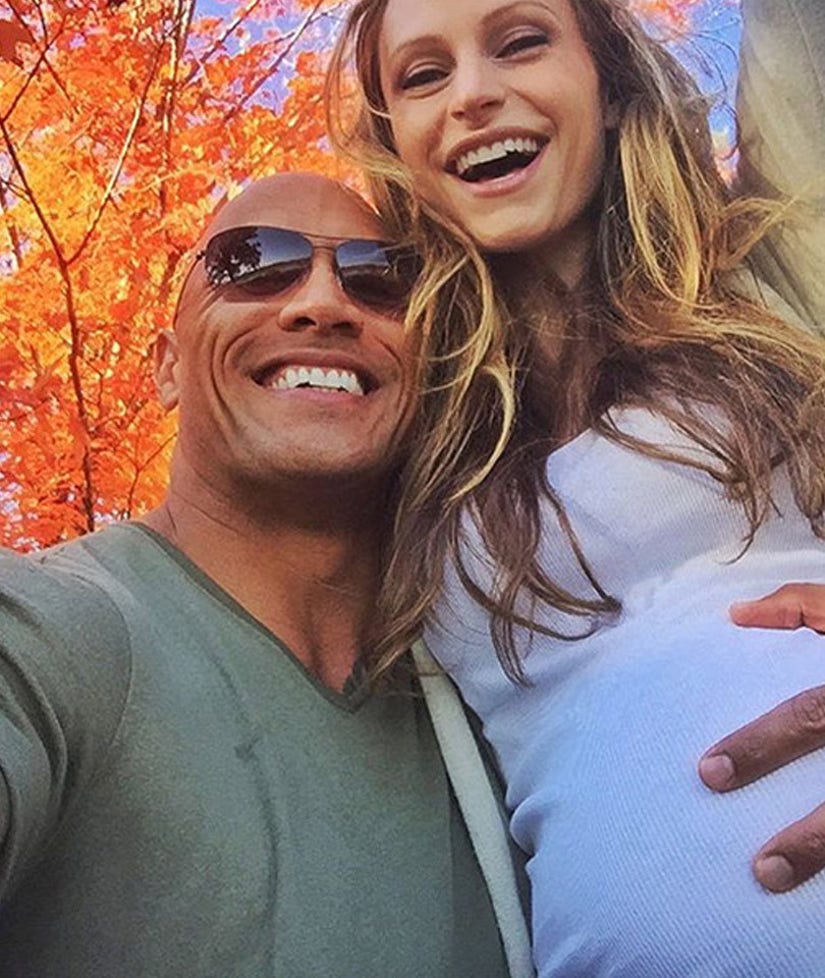 She's definitely going to be a daddy's girl!

Dwayne "The Rock" Johnson took to Instagram on Tuesday to share some very big news -- he and longtime girlfriend Lauren Hashian are expecting a daughter together.

"I was raised by and live with amazing and strong women, so the universe felt we needed one more... IT'S A BABY GIRL!! THANK YOU guys so much for the awesome support and love you've sent @laurenhashianofficial and myself from around the world," he captioned a photo cradling Lauren's growing belly.

"We're so grateful for this blessing and thrilled to share the news with y'all. #BringOnMoreEstrogenInOurHome #MeAndPuppyHobbsAreTheOnlyDudes #Proud2xPapaBear #JustOverHereMakingBabiesAndStuff," he added.

This is the first child for the actor and Hashian, his girlfriend of nine years. Their baby-to-be will join Johnson's 14-year-old daughter, Simone Alexandra Johnson, who Johnson shares custody with ex-wife Dany Garcia.

And while the pro-wrestler-turned-movie-star has had an extremely successful career, Dwayne says none of that would have been possible without his family.

"We do these stories and we talk so much about the business end, the success end, but then Lauren isn't mentioned and my daughter isn't mentioned," the actor revealed to Esquire back in August. "I always like making sure we find the balance and my home is in there and Lauren Hashian is in there and my daughter is in there. You gotta get the better half in there. With all the cool s**t and success that I've been lucky enough to get? That doesn't happen unless the home life is solid."

We can't wait to see their little one when she gets here -- what do you think about The Rock's sweet pregnancy announcement? Sound off below and check out the gallery above to see more expecting stars!