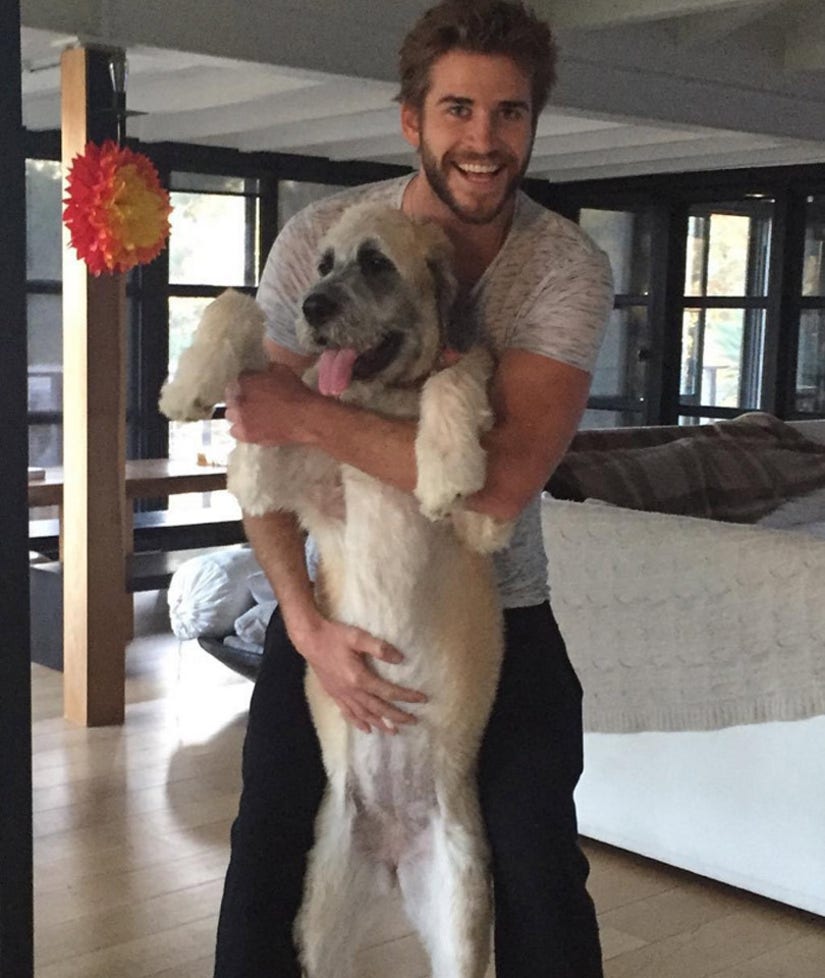 Miley Cyrus and Liam Hemsworth may not be an item anymore, but the former couple reunited for a great cause.

After breaking off their engagement in 2013, Cyrus and Hemsworth are apparently still quite friendly -- and teamed up to adopt a new puppy from Wylder's Holistic Pet Center.

According to Wylder's, Cyrus –- a huge supporter of animal rescue and pet adoption -- knew one of their dogs would be a perfect fit for her former fiance.

"Thanks @mileycyrus for loving dogs as much as we do!! You helped find this gigantic, 6 month old puppy a new home,” the Wylder Pet Center shared on Instagram, along with a photo of Hemsworth and his new four-legged friend. “@liamhemsworth you will give this deserving baby a great life!”

"Miley sent him a ton of photos – Liam was asking for photos of the dog being held," a Wylder employee told Us Weekly. "Liam got back from China and literally came right to Wylder's to take the dog home. The dog is super gentle and sweet and took right to Liam, despite being afraid of men in the past."

What a lucky dog!

Hemsworth and the "Wrecking Ball" singer began dating back in 2009 after co-staring in Nicholas Sparks' "The Last Song." In 2012, Hemsworth proposed to Cyrus ... but the couple eventually split after a four-year romance.

In a recent interview with Men's Fitness, Hemsworth opened up about their romance.

"You fall in love with who you fall in love with; you can never choose. I guess some people just come with a little more baggage," he said. "I mean look —we were together five years, so I don't think those feelings will ever change. And that's good because that proves to me that it was real. It wasn't just a fling. It really was an important part of my life and always will be. She's a free spirit. I think she'll always surprise people with what she does, but she's not a malicious person in any way. She's a young girl who wants to do what she wants to do."

Maybe exes really can be friends! See more cute pooches in the gallery above.