Chris Pratt took to Instagram on Tuesday to share an adorable video of his son, Jack, in honor of World Prematurity Day. In the clip, the 3-year-old tot is sporting a green bucket on his head as Chris and his wife, Anna Faris, sing "Ding-Dong! The Witch Is Dead" in the background.

"Today is World Prematurity Day," the actor wrote. "Premature birth is the leading cause of death in children under five worldwide. About 15 million babies are born too soon every year. Nearly one million of these babies die within the first month of life. Support #WorldPrematurityDay and join the millions of volunteers who support #MarchofDimes." 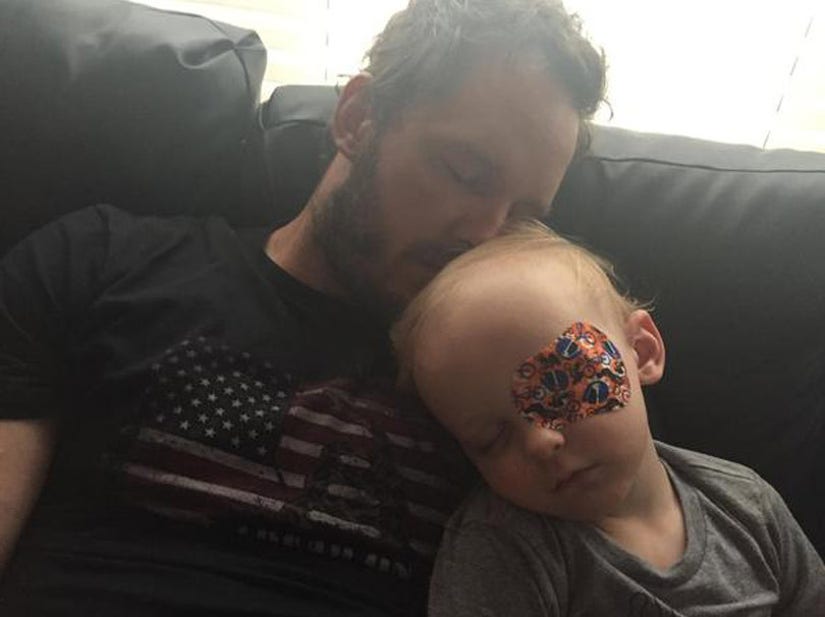 Jack was only three pounds when he was born nine weeks before his scheduled due date, back in August 2012. The couple has been open about Jack's "scary" premature birth, with Anna admitting to Redbook that she was initially in denial that she was going into labor.

"My water broke in the middle of the night at seven months. We rushed to the hospital, and they were able to halt active labor with magnesium," she told the mag earlier this year. She was put on bed rest, but went into labor seven days later.

"I was in denial," the 38-year-old star added. "For hours I was like, 'I'm just having indigestion.' Chris and I were so scared, but then Jack came out, even though he was so tiny, he looked so good to us."

Last year, Pratt told GQ that the doctors said they needed "'to be prepared for raising a special-needs child.'" Despite the difficult circumstances, the situation brought the two much closer.

"It's one of those things that drives you apart or makes you closer," Faris explained. "I think that being a father is very meaningful and rewarding to Chris. He's a great dad. He's a little more serious than he was before. It forces your hand. You really have to become an adult."

We can't get enough of this cute crew -- now, keep these videos coming!