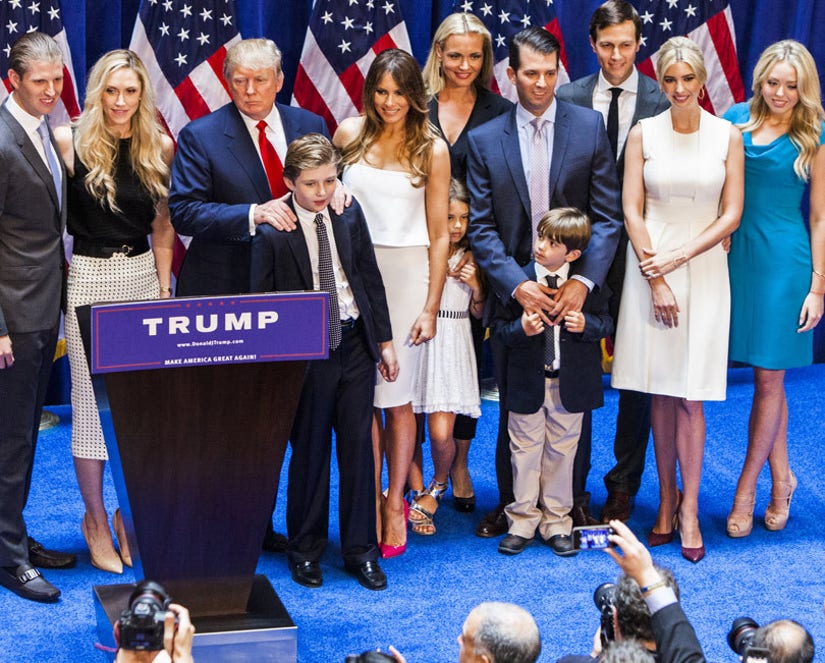 Donald Trump has consistently lead the Republican polls since he announced his run for presidency, but his children might just be the next secret weapon in his campaign.

In a 20/20 interview with Barbara Walters on ABC, Donald's kids open up about the notoriously outspoken presidential candidate and what they see in the man they call 'dad.'

“His humor's really one of his best qualities, and people don't see that,” Eric Trump told Walters. “It doesn't come across on the news, when he's talking about serious issues. But he is an incredibly funny, incredibly practical person.”

Trump's three oldest children from his first marriage—Donald Jr, 37, Ivanka, 34, and Eric, 31 – follow in their father's footsteps with successful careers of their own. Trump's 22-year-old daughter Tiffany is from his second marriage and currently attends the University of Pennsylvania. Trump's youngest son Barron, 9, with current wife, Melania Trump, was absent from the interview due to school.

When asked which of the siblings resembles Trump the most, Donald Jr said: “It's actually very scary. We can go to Thanksgiving, right, and we can all ... we'll sit there and pick at ... answer the same questions, using the exact same words in the same sequence,” Eric chimed in.

“Trumpisms,” Ivanka clarifies. “But in fairness, I think we're all like him in very different ways.”

Donald Jr. himself has five kids, while Ivanka has two and another on the way. With such a large and outgoing family, the siblings joke that holidays can get a little crazy in the Trump household.

“I relish those holiday meals,” Donald, Jr., said. “We can sort of let loose. I mean, it is a show, I mean, in and of itself. I mean it's funny, and we have a good time, making fun of each other and just having a blast.”

Speaking of jokes, Donald famous hair is often the target of them on late night TV. What do the Trump children think of their dad's famous 'do?

“It's funny because it's the only hair we've ever known,” Ivanka said. “But people seem fascinated so... to us, it's the norm.”

Tiffany, Trump's daughter with second wife Marla Maples, jokes that her father, “always says, 'I'm really happy that you got your mom's hair, not my hair.”

Donald Jr., hoping to avoid jinxing himself, said that he doesn't like to joke about his father's hair, “because you never know what happens genetically.”

All of Trump's children have supported and stood by their father during his presidential campaign. From attending GOP debates to sharing social media posts along the journey, the Trump family has proven to be extremely tight-knit and proud. While Trump's children all share different roles within his campaign, it was Ivanka who presented and introduced him as a presidential candidate for the first time.

“I don't know exactly how it was decided, but I was honored to do it,” she said. “I feel like I was standing there sort of representing our family.”

Her siblings seconded that the well-spoken businesswoman was the perfect choice.

“She's a great messenger,” Donald Jr. said. “She's got such great poise, I think the way Ivanka delivered the message was perfect, and I don't think any of us could have done it better.”

Think the Trumps will be the next version of the Kennedys?

Watch Donald Trump and his family -- including wife Melania and his children -- sit down for an interview during a special edition of "20/20" airing Friday at 10 p.m. ET.