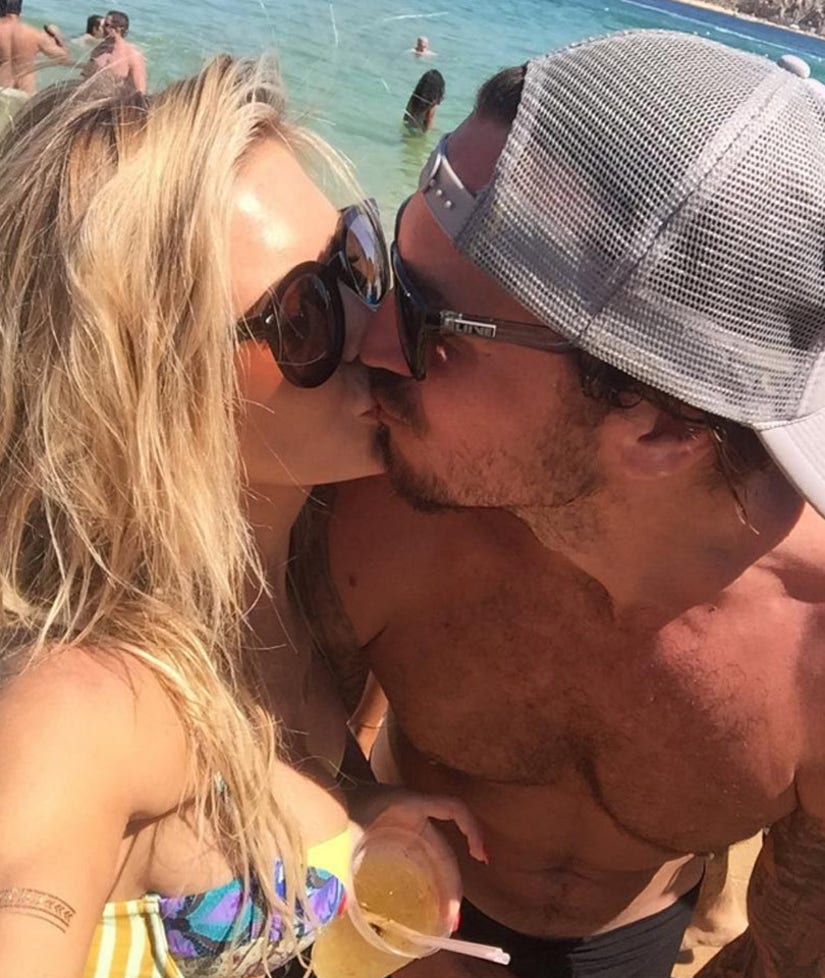 Another "Hills" star is off the market!

Audrina Patridge and her longtime boyfriend, Corey Bohan, are engaged -- and she shared the first pics of her diamond sparkler on her official website on Sunday.

"Corey proposed and I said YES!!" she captioned a sweet snapshot of herself kissing her hubby-to-be.

The "1st Look" host told PEOPLE that Corey asked her father about the proposal three weeks before he got down on one knee at the Summit House in Orange County, Calif. on Friday night. 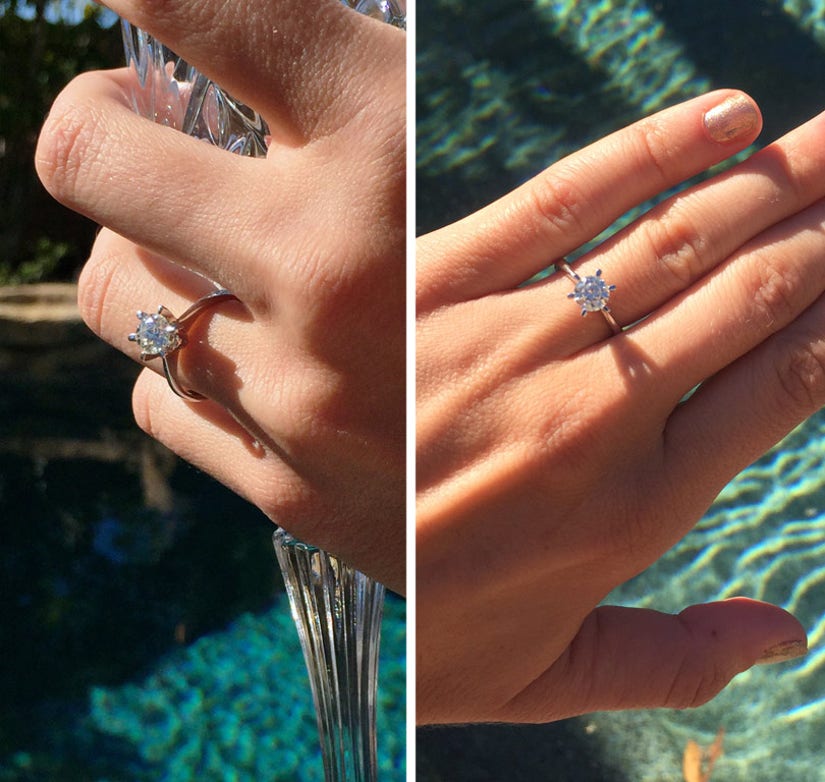 "When Corey found out he told my brother what his plan was and they sat in the dining area so I wouldn't see them," Patridge told the mag. "Corey pulled it off pretty well. Although I noticed he didn't really eat dinner."

"When dessert time came he ordered cheesecake and the waiter brought it out on a platter with a beautiful silver cover," she continued. "I noticed all the waitresses gathering with phones and thought, What is going on! Then all of a sudden the waiter lifted the silver cover and I saw the ring in a box with white rose petals on the plate."

That's when he dropped down to propose!

He said, "'We have been together for many years now and I love you more than anything. I want to spend the rest of my life with you – will you marry me?' I was in shock and kind of didn't even hear him but I said yes!"

The newly-engaged couple has been dating on-and-off since 2008.

We can't wait to see Audrina walk down the aisle!