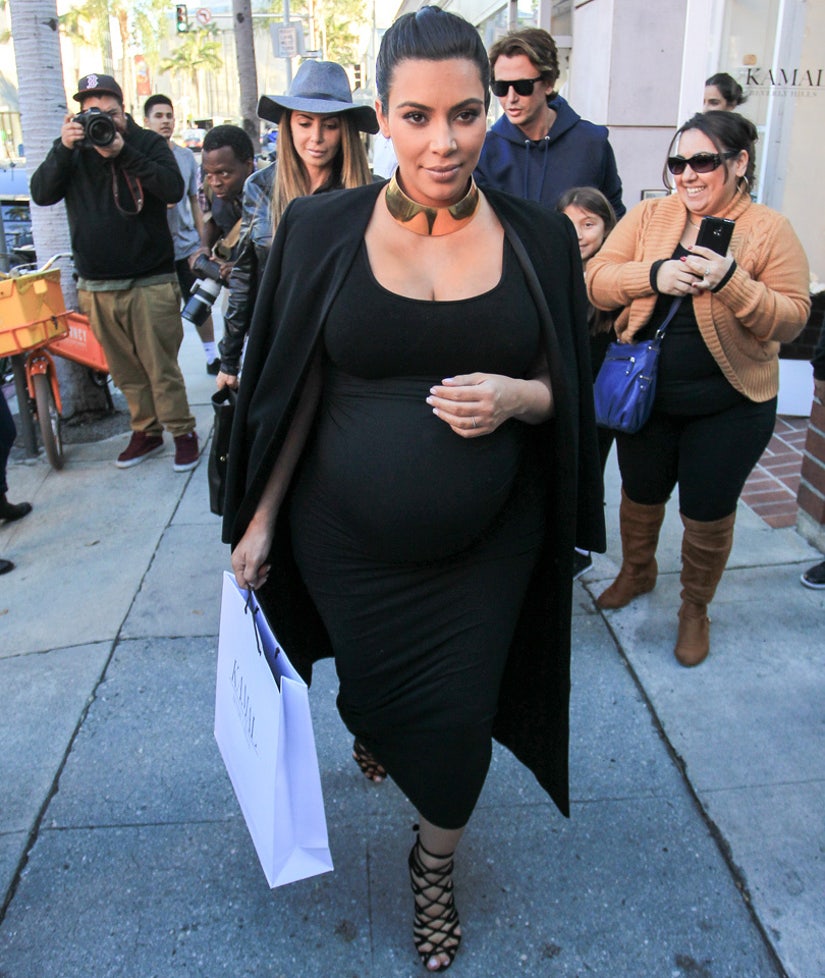 Kim Kardashian is taking on her haters.

The "Keeping Up With the Kardashians" star, who's expecting her second child with Kanye West, took to Twitter to shut down fat-shamers who commented on her weight.

"Of course i had to fly to Paris for fashion and foooood!!!!" the pregnant celeb wrote, referring to an episode of "KUWTK."

"@KimKardashian al u think about is food fat bi-ch," one commenter responded. "Yup," Mrs. West added after she re-tweeted the nasty post.

Khloe Kardashian quickly came to her older sister's defense, writing, "@KimKardashian let the haters stay mad because we know Queen Keeks will bounce right back for another iconic return. We got u #KUWTK."

Kim got the last word by tweeting, "I just joke. i am soooo not worried about my weight and what others think. i am confident in my bounce back game lol."

We're happy to see she has a sense of humor!

North West's mama has been open about her weight gain in the past, admitting that she had gained 52 pounds when she had six weeks to go.

The 35-year-old star gained about 50 pounds during her first pregnancy, before slimming back down to her trademark hourglass shape. The soon-to-be mother of two is due next month.