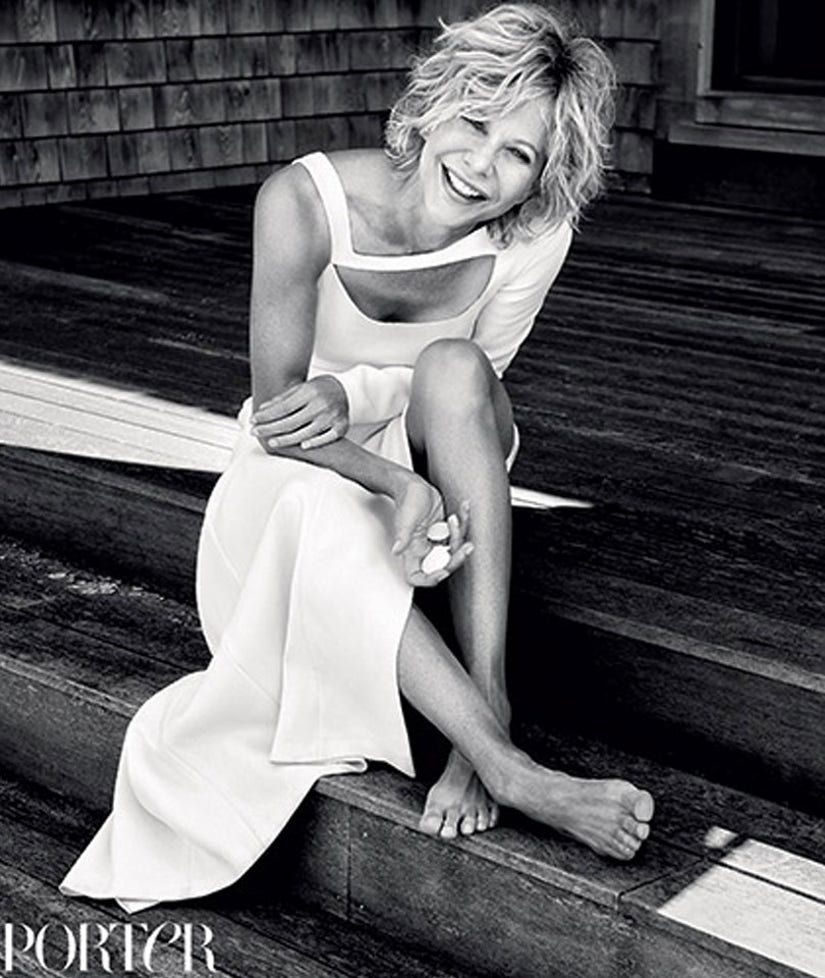 Meg Ryan doesn't have time for the haters!

The "You've Got Mail" star appears in the new issue of Porter magazine, where she opens up about all of the negative attention paid to actress' aging looks.

"I love my age," Ryan decalres. "I love my life right now. I love what I know about. I love the person I've become, the one I've evolved into. In my life I've been scrappy as hell, but I feel easy with things now. I think that comes with age."

"We get stuck in these conversations about looks and hair color and our roots," she continues. "It's interesting and funny for five minutes, but it's not that interesting."

And when it comes to all the negative speculation about Meg's changing looks, she thinks it's all just nonsense.

"I don't pay a lot of attention frankly," she says about the gossip. "There's a lot of hatred in the world today, it's so easy to judge. Imagine being a hater, how stupid! My women friends are not sitting around talking about… well, sometimes there are conversations like that, but the people I value talk about kids growing up, what kind of world they are going into, what we are eating, what we are breathing."

The 54-year-old also dishes about her dating life. And while she's split from ex-boyfriend John Mellencamp, she has nothing but kind things to say about the musician.

"He's world class," tells the mag. "There's not one speck of music that's not his. He's got some kind of magic touch."

For now, the "Sleepless in Seattle" star is happy being single and focusing on her family. "I'm with my life right now in a way that I adore, with my kids and my world," she explains.

What do you think about Meg's candid comments? Sound off below and check out the gallery above to see more women of the '90s then and now!