His new clip is definitely a little bizarre, but that's why we kind of love it! Like "Gangnam Style," Psy's new video features the same energetic and wacky choreography -- check it out above!

The South Korean singer became and international sensation when "Gangnam Style" reached over 2 billion views. Hoping to continue his legacy, the international pop star admitted that he was under a lot of pressure to create another viral hit.

"There were many thoughts going around in my head, including thoughts like, 'If I write like this, it would not be as good as 'Gangnam Style,'' and 'If I write like this, the international audience will not understand," Psy admitted at during a press conference for his new album in Seoul on Monday. "So it took me a very long time to organize all those thoughts into one." 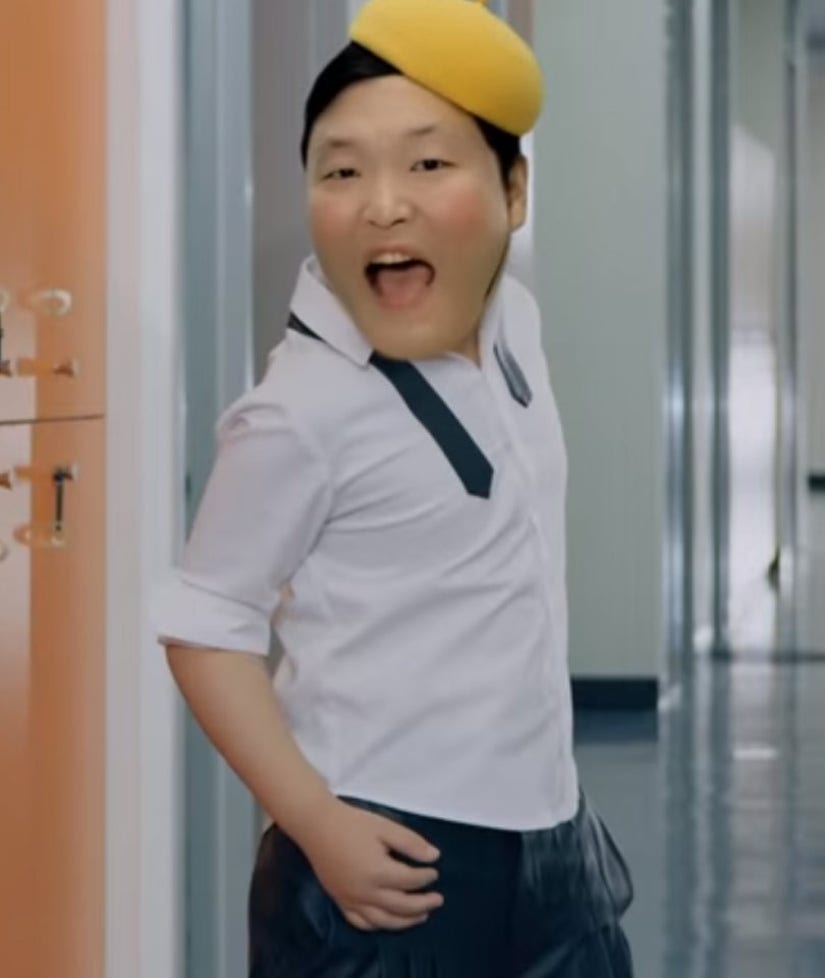 But you won't be seeing any models in this music video, as it's instead packed with oddities like dancing babies and grandpas with Psy's face. With lyrics like, "You be my curry, I'll be your rice," it's certainly unique.

Already racking up 4 million views in one day, do you think this song will live up to "Gangnam Style"? Tell toofab in the comment section below and check out the gallery above to see more pop stars then and now!