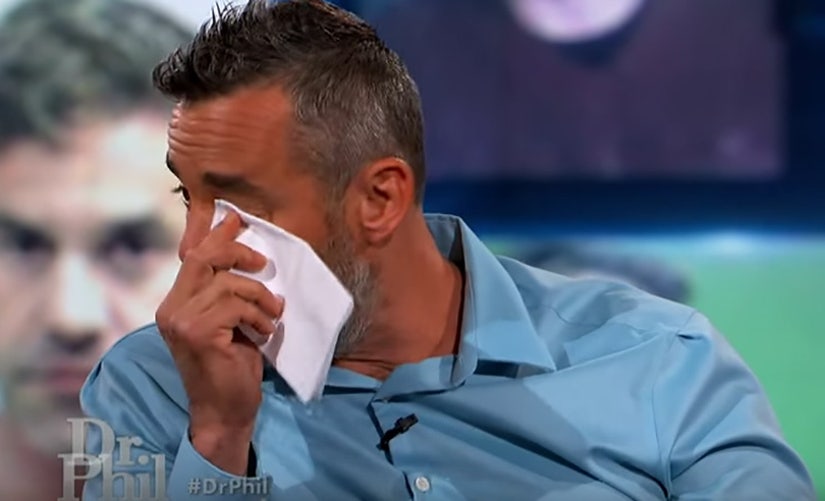 In a heartbreaking new interview with "Dr. Phil," Nicholas Brendon opens up about attempting suicide earlier this year.

"I cut my wrists with a steak knife," the "Buffy the Vampire Slayer" star revealed on Tuesday's emotional episode. "It was serrated ... I still can't feel this left hand."

"Did you want to die that day?" McGraw then asked.

The 44-year-old confirmed he tried to take his life on September 22, 2015 -- just days after the world watched him storm off McGraw's stage during another episode.

"I just have a lot of shame and I look at my life and think what could have been different," he continued, struggling to fight back tears. "I don't want to get caught in that cycle … I just, I went to rehab for the first time in '03, what if I had stayed sober from that time on?"

"I get into the 'What ifs' and I think I'm also afraid to ask for help," he added. "I could have gotten that from my dad possibly, he's not a man who asks for a lot of help. You just think that you can do it on your own."

Brendon has been arrested four times this year, most recently for an alleged domestic altercation with his girlfriend.

At the end of Tuesday's episode, viewers saw him check into a dual diagnosis treatment center.

"Duel diagnosis means that you're battling depression and are an addict," he said of his condition last time he was on the show. "Depression is a real thing and I was ashamed of it a little bit too."

The actor says his depression stems from being molested by a music instructor when he was just 10 years old.