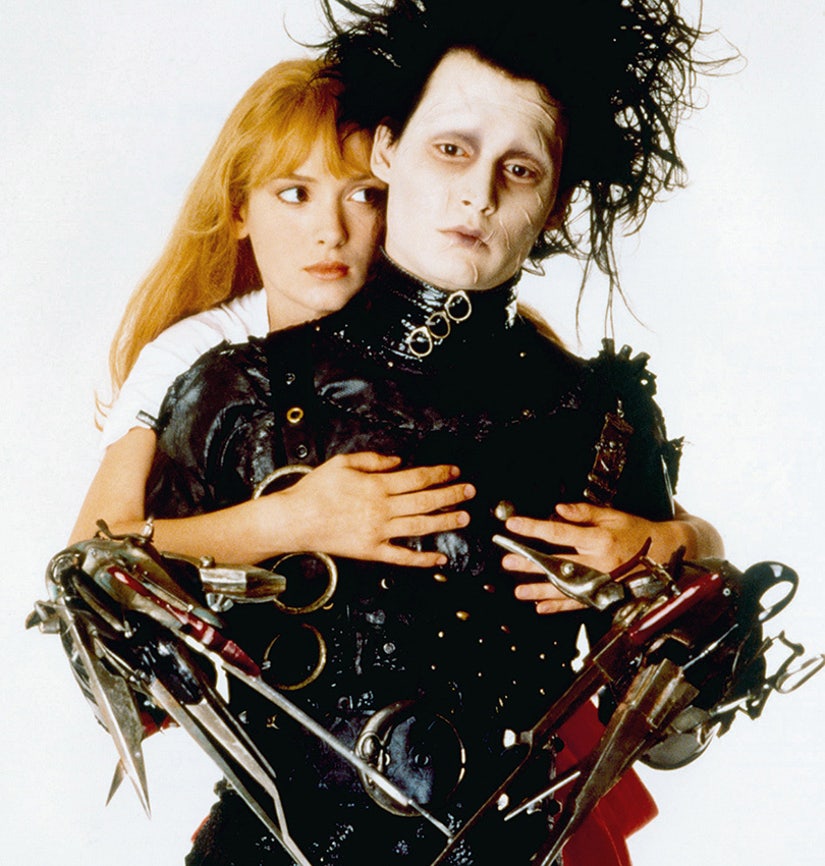 It's been 25 years since a leather-bound Johnny Depp fell for a blonde Winona Ryder in one of Tim Burton's most magical films, "Edward Scissorhands."

The movie was Depp's first time working with Burton, kicking off a partnership that continued with films like "Ed Wood," "Sleepy Hollow," "The Corpse Bride," "Dark Shadows" and the "Alice In Wonderland" films.

While the film didn't open at the top of the box office (it came in third, following "Look Who's Talking Too" and "Home Alone"), it's become a holiday classic, thanks to memorable performances from its stars and some mighty impressive makeup from Stan Winston and Ve Neill.

Winston and Neill were nominated for an Academy Award for their work on the film -- and, looking back at it now, Neill says the flick continues to make her emotional.

"I cry every time I watch it," the "Face Off" judge tells toofab's Brian Particelli. "I love it when he's sculpting the ice sculpture at the end. In fact, I'm tearing up right now, oh my God! There's this one scene where she says, 'Please hold me,' and he says, 'I can't.' It's so sweet. It's such a sweet movie."

"That film was so much fun to do," she continues. "It was the first time I worked with Johnny. He was still under contract at '21 Jump Street' and he eventually got out of his contract when we were on that. It was kind of fun because I had done 'Beetlejuice' with Winona, and he and Winona were dating at the time. It was two actors that I got to see grow up."

"Tim is very verbal," Neill explains of the collaborative process on creating looks for his films. "He's an artist in his own right, so he gives a lot of input. When we started 'Beetlejuice,' he had sketches of Beetlejuice and when I actually took those sketches and put them under Michael Keaton, he goes, 'Oh no, that's way too scary.' So I went back and did another version, and I said, 'Hey, how about I keep the flavor of your sketch and go back and do what I think would be kind of fun?' And so I did, and he said, 'That's fabulous,' and that's what we went with. It was pretty cool."

Check out the gallery above to see how much the stars of the film have changed since 1990!

The 25th Anniversary Edition of "Edward Scissorhands" is currerntly available on Blu-ray, DVD and Digital HD.