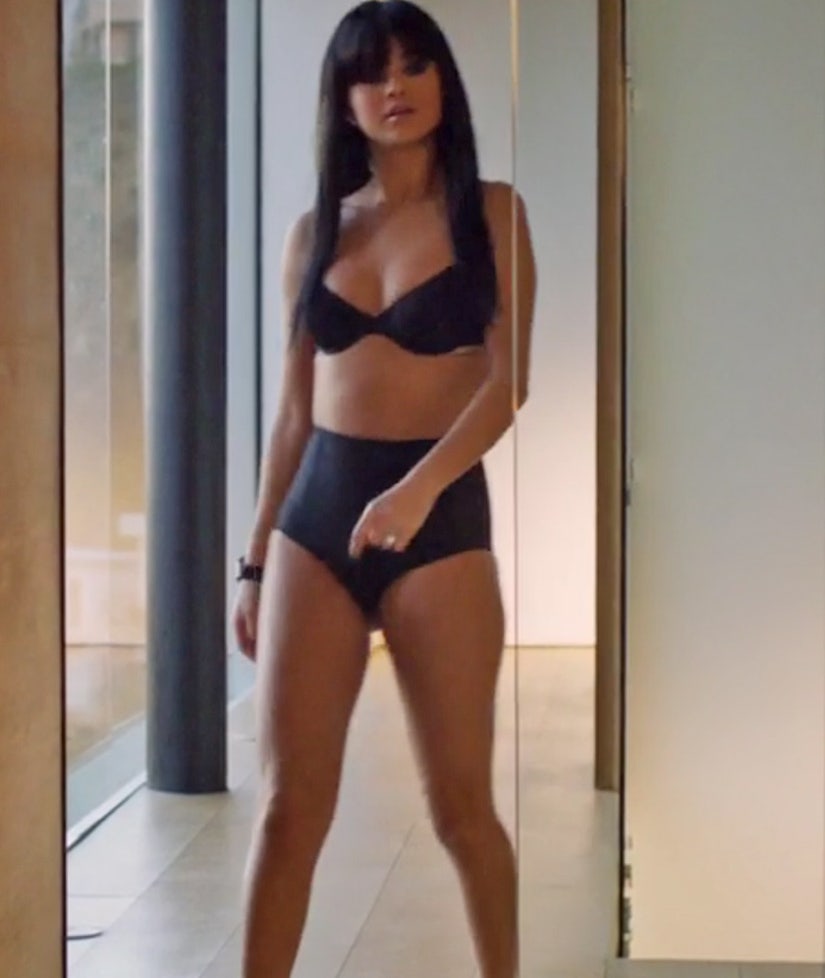 Selena Gomez is feelin' herself in the new music video for "Hands to Myself" ... literally.

The 23-year-old pop star shows off her sexy side in a sneak peek clip, which she debuted on Twitter earlier this morning. The quick video starts with Gomez seductively stripping off a robe, revealing high-waisted underwear and black bra underneath. She then slinks around a gorgeous Hollywood Hills home in her underwear, rolls around on a bed and tries on a man's dress shirt before high-tailing it out of there when the cops show up.

Watch the sneak peek below:

The singer looks damn sexy in the video -- and has been looking more comfortable than ever with her body lately, showing skin at a recent Jingle Ball performance and at the 2015 Victoria's Secret Fashion Show.

Earlier this year though, Gomez was criticized for her curves after beach photos surfaced of her on vacation in Mexico.

"It was weird because it's not just 'Oh, she's fat'. It's like 'She's a mess. She's gone off the deep end,'" she told Ellen DeGeneres of the incident. "I'm like, Because I'm on a vacation wearing a bathing suit?' Actually, technically that is a little too small for me, but I didn't care."

Following the criticism, the former Disney star took the issue into her own hands and responded to her haters with a photo showing that she's happy and confident.

"Look, I don't what them to win. It's so annoying when I see it all over the place and everybody thinks they can bring me down," she admits. "So my immediate response was I'm gonna post a picture and I'm like 'I'm happy with me ya'll' and that was gonna be the story the next day. I wasn't gonna let that be the story. That wasn't the story."