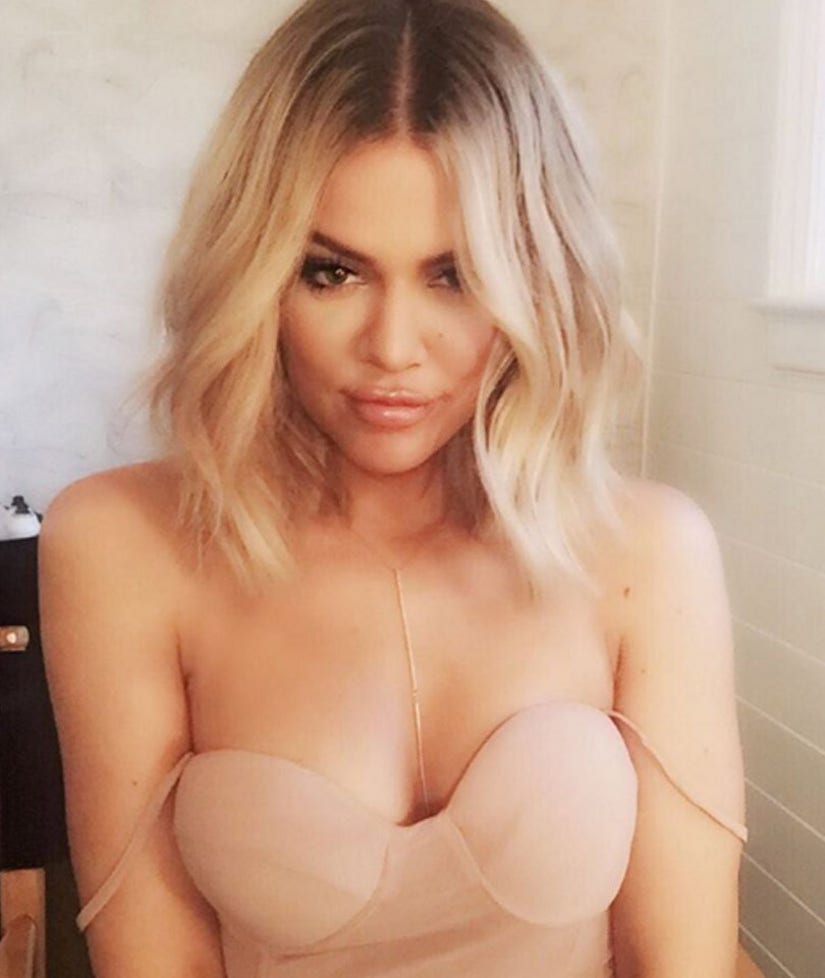 Khloe Kardashian is proud of her killer curves ... and we can see why!

The "Keeping Up With the Kardashians" star shared a super sexy selfie from a new photo shoot on Instagram, where she was seen sporting nothing but a nude bustier and a delicate gold necklace.

Later in the day, the blonde beauty practiced her golf swing with sisters Kourtney Kardashian and Kylie Jenner at The Forum, after they watched the Weeknd hit the stage.

Khlo put her famous booty on full display in a figure-hugging black dress and her older sis couldn't help but cop a feel. Can you blame her?! 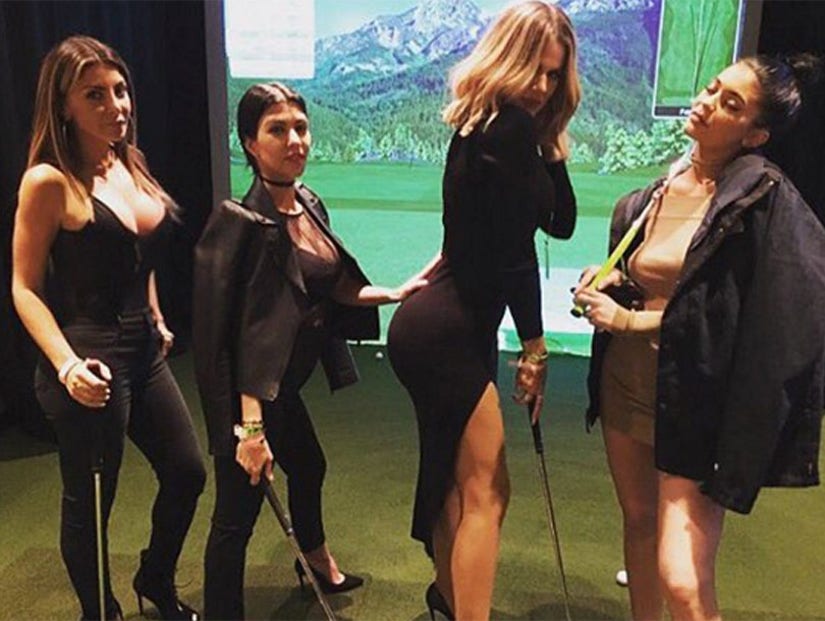 The 31-year-old star has gotten back in her gym grove after a tumultuous past few months. In November, she reportedly contracted a staph infection while visiting ex-husband Lamar Odom in the hospital.

She was ordered by her doctor to rest, but now that she's recovered, Khloe has been hitting the gym ... hard!

While the fitness guru clearly works hard on her bod, she's still getting some bad buzz from her haters. But in true Khloe form, she let them have it on Twitter earlier this week. 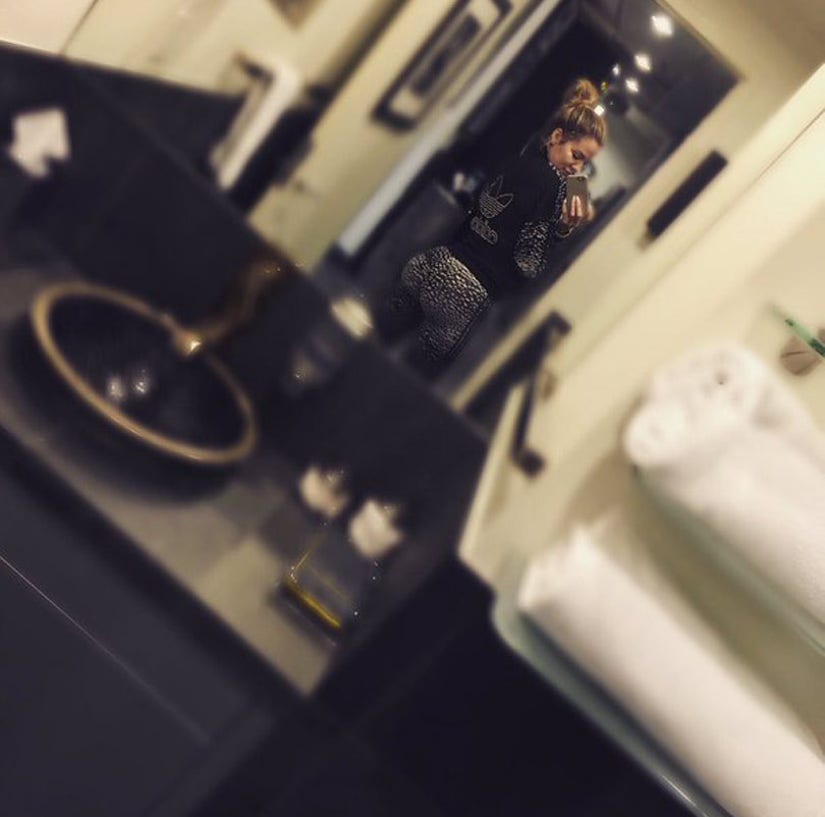 "The greatest part about miserable peps is that they post all of this BS on your page. They attack with words behind their private pages. Try to shame you or verbally bully your spirit. So I click on their pages and their bios say 'believer in God' 'Put God first' etc," she wrote. But how is judging and spreading hate being a child of God? Being a child of the Lord means spreading love and uplifting one another."

"Why don't you drink your own kool-aid and uplift yourself," she continued. "Stop spending ur energy hating on others. It's only destroying ur own soul. 'Let him who is without sin among you be the first to throw a stone' John 8:7."

Love them or hate them, these Kardashian sisters never hold back!