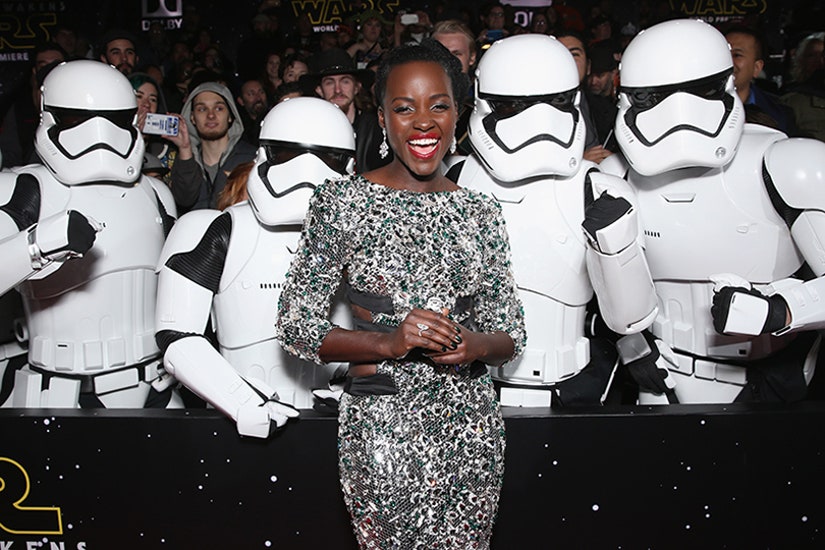 32 years ago, in a galaxy not so far away, the final "Star Wars" film starring Harrison Ford, Mark Hamill and Carrie Fisher hit theaters.

In those 32 years, the franchise has spawned prequels, video games, cartoon spin-offs and enough merchandise to fill a Death Star ... but now, we're finally getting some new sequels.

The big red carpet premiere for "Star Wars: The Force Awakens" went down Monday night in Hollywood -- and it was one of the most ambitious events we've ever seen.

While Hamill has been largely MIA from the trailers, posters and photos for the flick, he didn't miss the premiere -- and neither did Han Solo or Princess-turned-General Leia, who showed up with her real-life daughter, Billie Lourde. Peter Mayhew (AKA Chewbacca) showed up with a lightsaber cane, while Anthony Daniels (C-3PO) looked dapper in a suit.

Series newcomers John Boyega, Daisy Ridley, Gwendoline Christie, Oscar Isaac and Lupita Nyong'o and many more were all on hand as well.

The best dressed of the night: Joseph Gordon-Levitt, who came in full Yoda makeup! Check it out the gallery above.