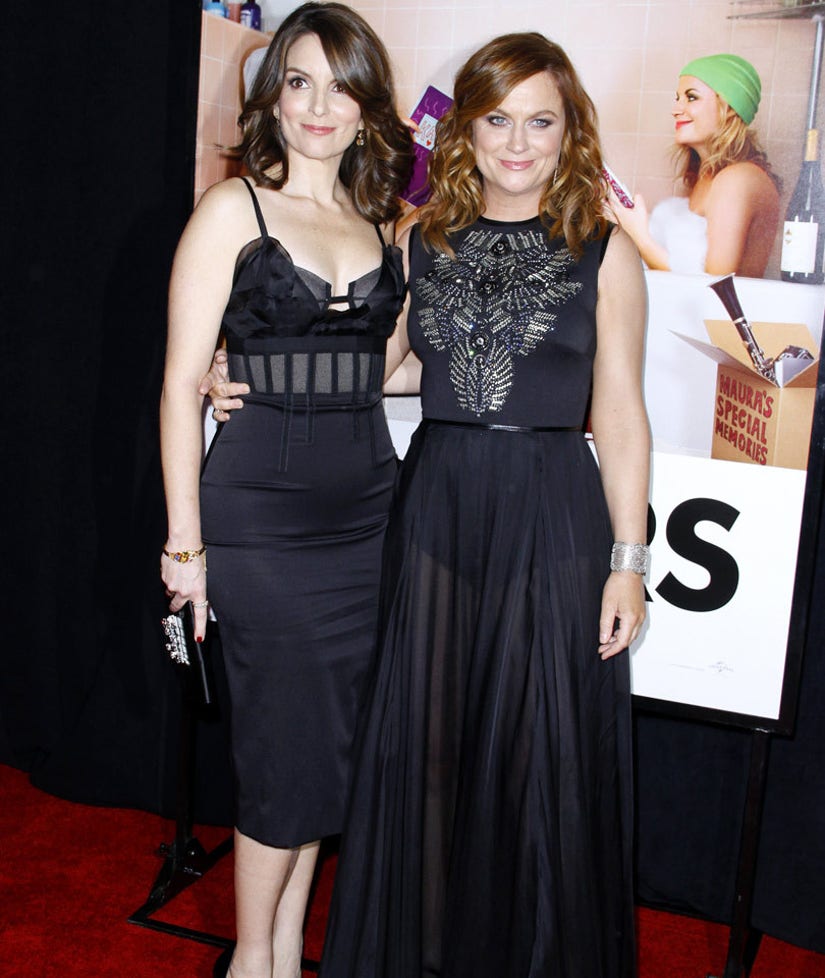 It took them seven years but Tina Fey and Amy Poehler are finally returning to the big screen together!

The comedic duo take on "Star Wars" in this weekend's new comedy, "Sisters," where the two play siblings who return to their childhood home for one last blowout party before their parents sell their house.

The last time the "Saturday Night Live" alums teamed up for a movie was in 2008's "Baby Mama", meaning we're long overdue for some more Tina and Amy. But the two reveal their dynamic has changed this time around.

"I think we had a lot of fun making that movie, but I think we were more relaxed making this movie," Tina said during a press conference for the flick. "I just think we all have a lot more experience, which enables you to care less, to trust more." 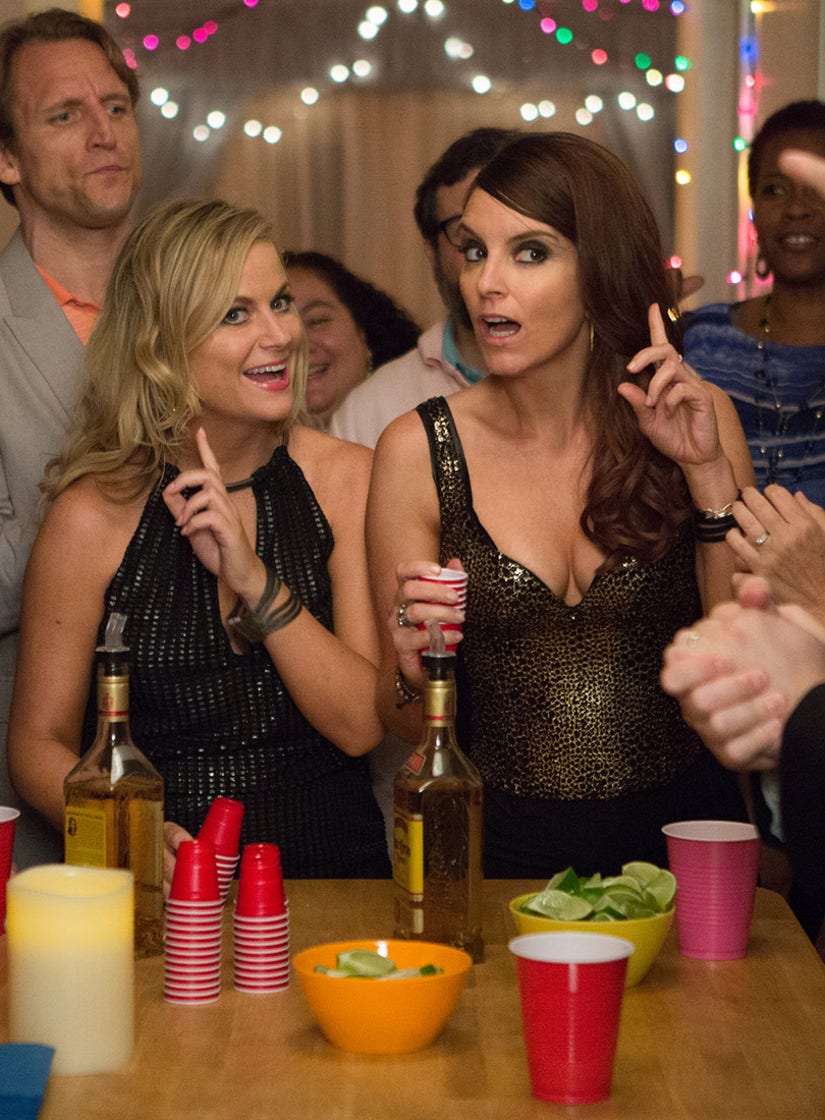 The duo were so trusting of each other that they decided to swap roles, with the "30 Rock" star as former wild child Kate and the "Parks and Recreation" actress playing uptight divorcee Maura.

"When they wrote the script I think they may have pictured us in the opposite roles, and I thought, when you have that part for someone when they're supposed to be kind of tightly wound at the beginning and then go crazy, you cast the person who's better at going crazy," Tina revealed. "I just knew that Amy would play the back half of that better."

"I tried to play it like, 'I was once the greatest ice skater in the world, but now I'm in this wheelchair' or like 'the hottest girl that used to party really hard but you will never see me do any of it,'" she added of her role. 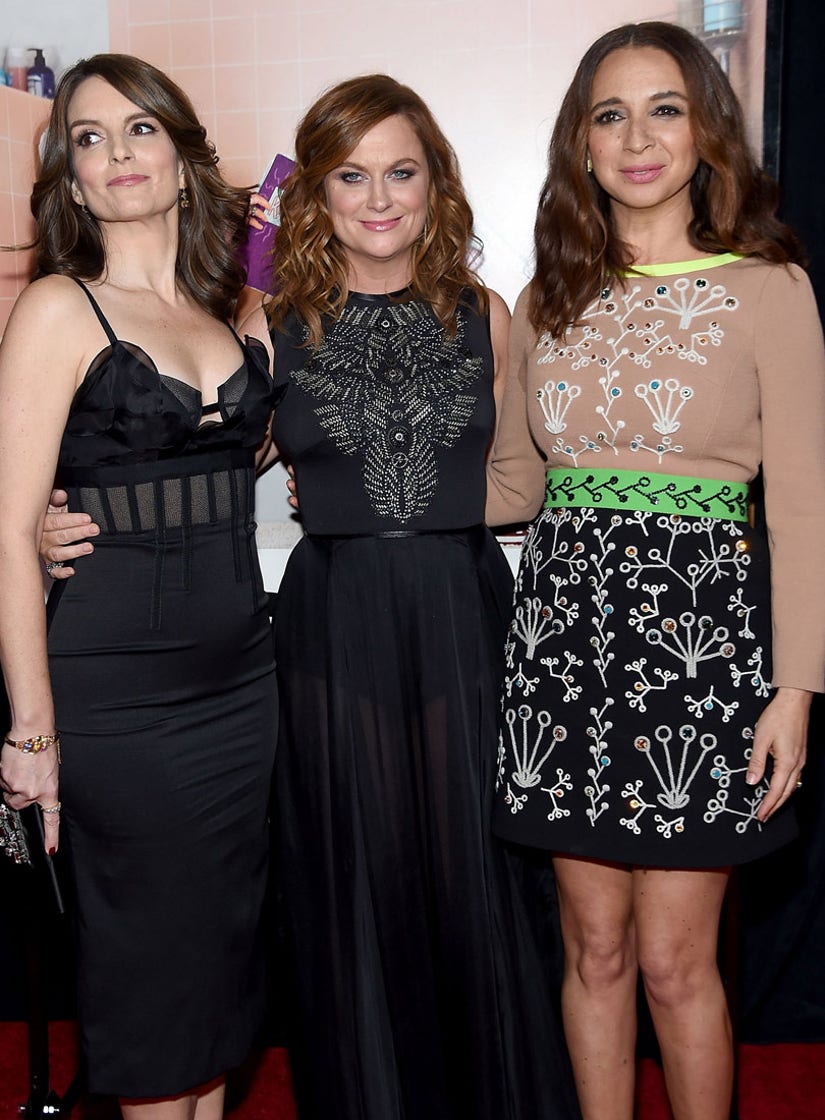 "We feel like chosen sisters," Amy says of their close bond in real life. "I was saying today that our relationship is as old as Lourdes Ciccone." For the record, Madonna's daughter is 19.

Fellow "SNL" star Maya Rudolph also joins the ladies in the comedy as their high school frenemy Brinda, who desperately crashes their house party -- and the"Bridesmaids" star says she couldn't have been more thrilled to work with Tina and Amy again.

"I feel and have always felt very spoiled in that I work with the funniest people I could have ever met in my life," the 43-year-old gushed. "I am so lucky to have been part of this little weird family that we have and I think also because we're not just ladies but we're f--ing smart and s--t and take care of each other and have decent lives."

"I love other jobs and they're great but when you get to do it with people whose voices you know and you have a short hand, that's just delicious cake!"