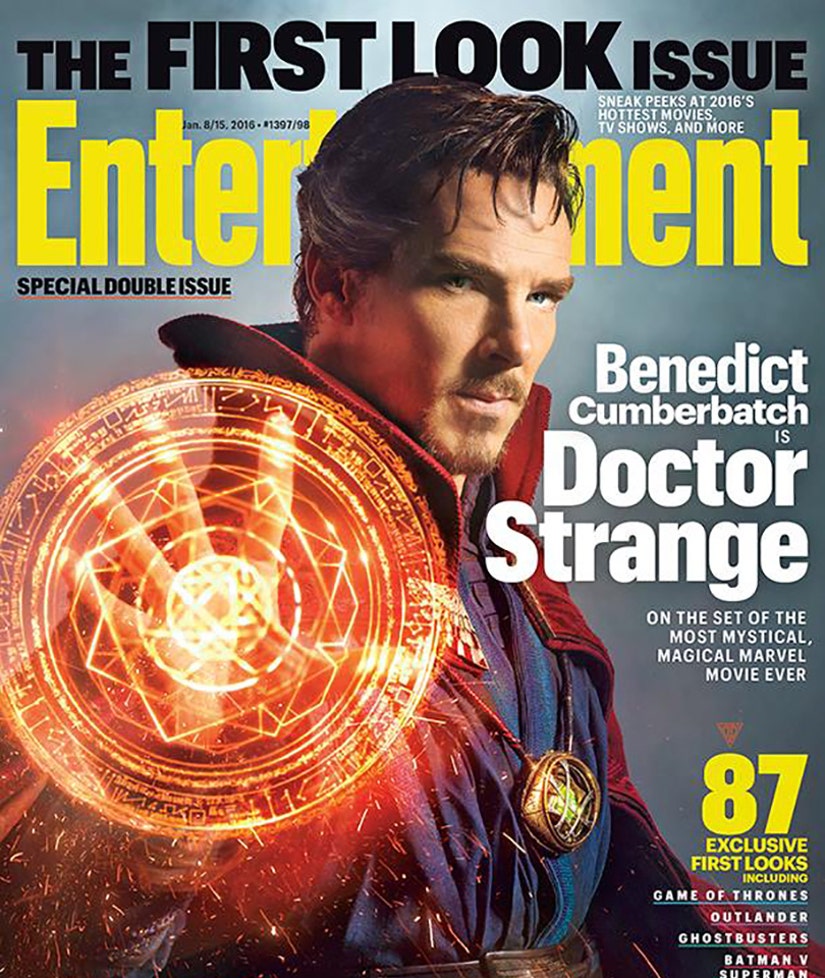 Entertainment Weekly just debuted the first official photo of Benedict Cumberbatch in costume as Marvel superhero Doctor Strange -- and man, is it pretty spot on. Sporting the character's trademark cape and goatee, the "Sherlock" star looks exactly like his comic inspiration in the shot.

He's also seen shooting some magic from his hands in the shot, something the actor says he's still getting used to.

"I'm still in the infancy of learning all that," Cumberbatch tells the mag. "It was like, okay, I've got to keep throwing these poses, these spells, these rune-casting things, everything he does physically. I'm thinking, there's going to be a huge amount of speculation and intrigue over the positioning of that finger as opposed to it being there, or there. And I'm still working on that. We haven't played any of those scenes yet. I felt really self-conscious. But, then, by the end, it was great. It's like anything, you just have to experiment."

According to the film's official synopsis, the flick "follows the story of neurosurgeon Doctor Stephen Strange who, after a horrific car accident, discovers the hidden world of magic and alternate dimensions."

"There's going to be crazy s— going on," Benedict adds.