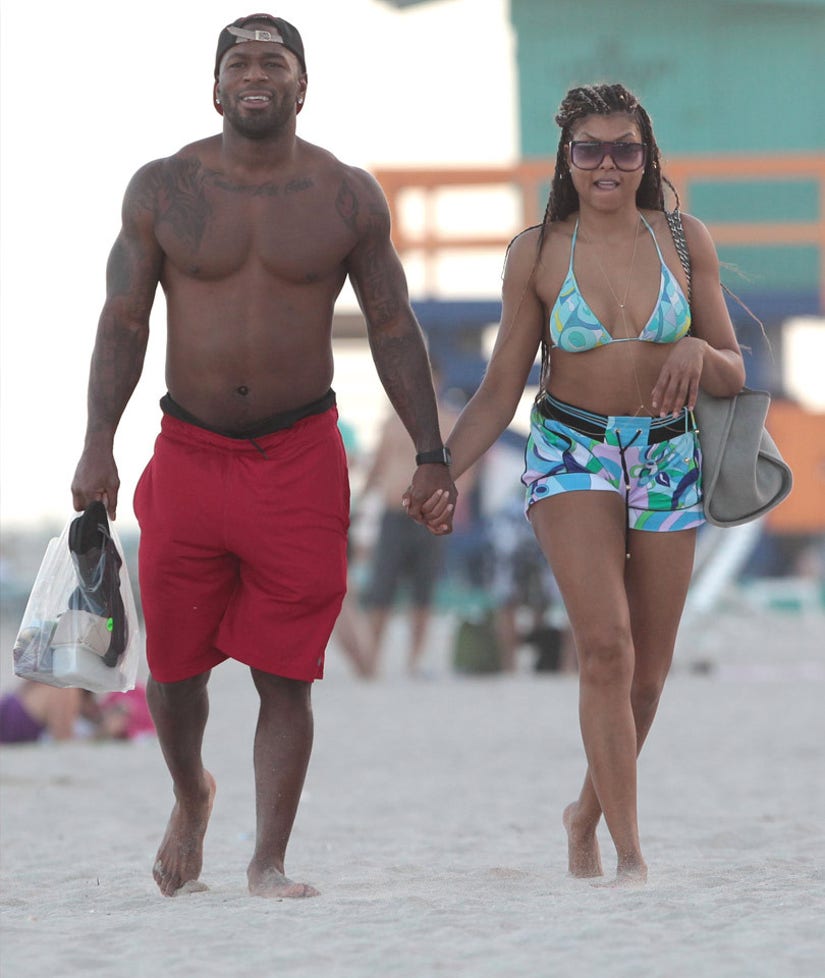 Taraji P. Henson slipped into a bikini on Monday in Miami, where she showed off her smoking hot beach bod while on vacation. The "Empire" actress flaunted her curves in an Emilio Pucci bikini top and matching shorts. She accessorized her look with a bodychain, chic sunnies and a Chanel beach tote.

While the 45-year-old's body looks amazing, we really can't stop staring at the man on her arm. Just who is the mystery man? He's been identified as NFL player Kelvin Hayden, who showed off his equally-impressive physique in a pair of red swim trunks and a backwards hat.

While neither have commented on their potential love connection, the 32-year-old athlete is currently a free agent who previously played for the Chicago Bears and Indianapolis Colts ... and he and Taraji would certainly make one heck of an attractive couple!

The sassy star previously opened up about her "type" in an interview with Harper's Bazaar and it's safe to say that Hayden could fit the bill!

"He is funny, has personality, he doesn't take himself too seriously," she revealed. "He needs to be confident in who he is, confident to let me be who I am. And let me shine, you know? My light is only going to enhance his light."

What do you think of Taraji's bikini body and potential new man? Sound off below then click Launch Gallery for more celeb beach bods!