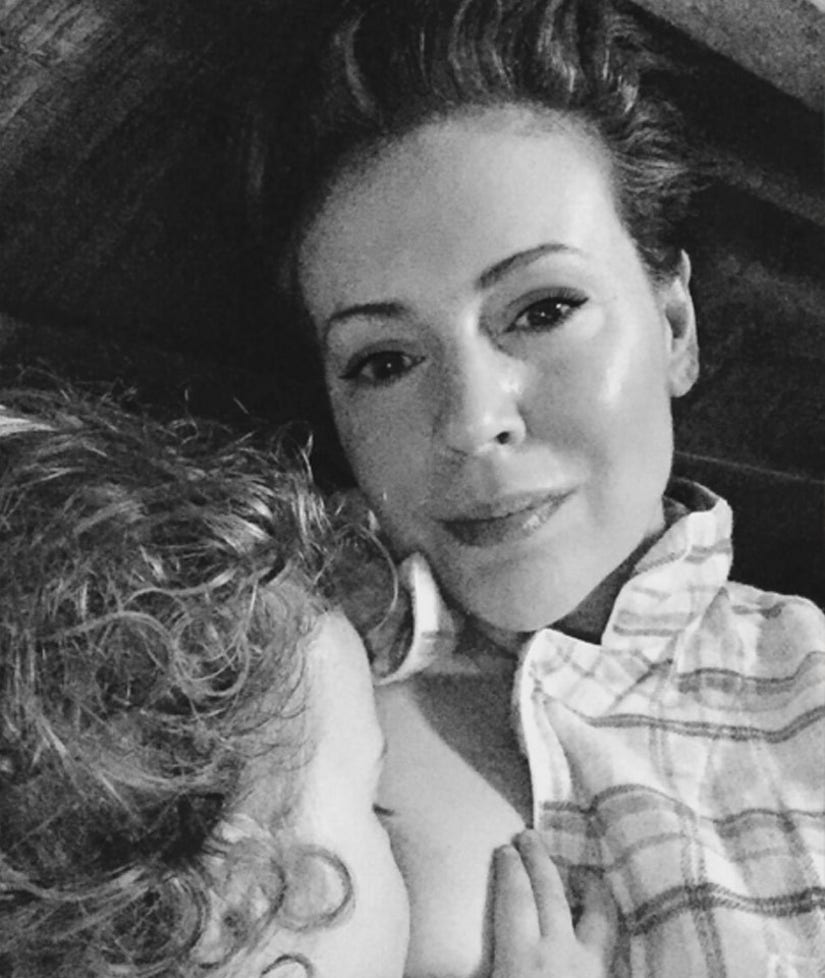 Alyssa Milano stopped by "The Wendy Williams Show" on Wednesday, where the talk show host puts her in the hot seat over those controversial breastfeeding pics she posts on Instagram.

The actress explains that she's shared her "breastfeeding journey" since her 16-month-old daughter, Elizabella, was born. While she's used to getting negative comments from haters online, we don't think she was ready for this reaction from Wendy.

See One of Alyssa's Most Recent Breastfeeding Photos Here"I don't need to see that," the 51-year-old host tells her guest. "Because, I just don't want to."

"But would you eat under a blanket?" Alyssa asks. "What I would do is I would go to the car...not on the bench in the front of The Big Box Store," Wendy interjects.

The awkwardness continues as the the "Charmed" star asks Wendy why it's okay for women like Miley Cyrus to flash their breasts on the red carpet, but it's inappropriate to breastfeed on a public platform.

"Breastfeeding is only a particular amount of time, the rest of your life, your breasts are sexual things," Wendy responds. "But biologically, they're not made for sexual things," Alyssa argues. "That's what we've done to them."

Wendy declares, "They're fun bags," but goes on to admit that most people probably disagree with her.

In true Alyssa form, she wins the breastfeeding battle with this comment: "You're lucky the baby's not here. I'd whip 'em out right here and feed her on your show!"

Check out the video above for the entire discussion -- plus, see what Alyssa thinks about Coco's revealing post-baby outfits!