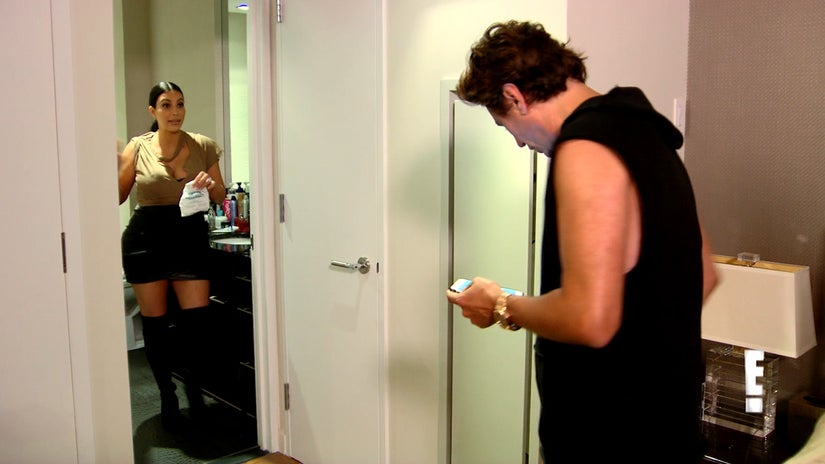 On Sunday's episode of "Keeping Up With The Kardashians," the 34-year-old is so swamped while working on her app and website that she can't even find time to drop something off at her doctor's office.

With her personal assistant already helping her with something else, Kim enlists her BFF Jonathan Cheban to help her out ... but when he finds out what the then-pregnant star needs delivered, he's not exactly on board.

"Because I've had pregnancy issues in the past I need something dropped off at a lab," she explains in an interview. "I would send Stephanie but we're in such a groove getting all this content for my app. Jonathan's my best friend and I don't know who else I would even ask to do this."

The reality star then reveals exactly what the TMI task is, telling her friend that she needs to have him drop off her urine sample!

"I'm almost done with my website my launch is literally in two days," Kim pleads. "Let me just pee and I'll conceal it and see if you even feel the warmth!"

The mom-of-two then proceeds to go into the bathroom and pee in the cup, saying that she "double bagged it" before handing it to Jonathan.

Watch the entire hilarious clip above and catch this new episode of "KUWTK" on Sunday at 9pm on E!