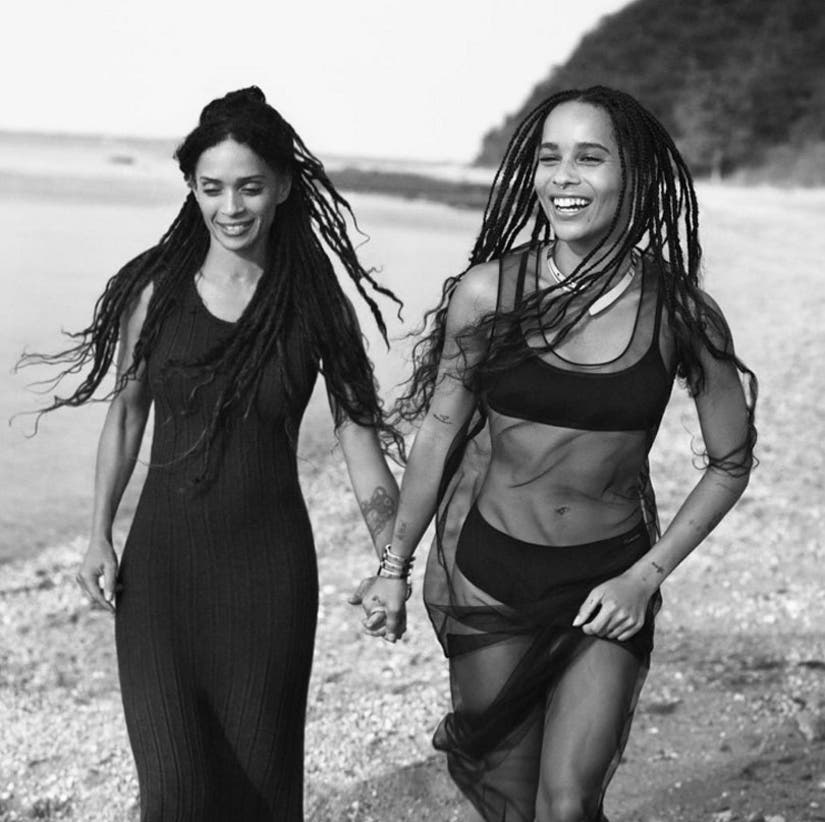 Zoe Kravitz, 27, is the spitting image of her famous mom, Lisa Bonet, 48, in a new ad for Calvin Klein's Watches + Jewelry spring 2016 campaign.

In the pic, the mother-daughter duo walks hand-in-hand as Kravitz wears a black bra top under a sheer dress and Bonet shows off her killer bod in a black figure-hugging dress. The campaign encourages readers to "live life in the now" and to share their #CKMinute.

From their long, braided locks to their big grins, these two look more like sisters than mother and daughter! 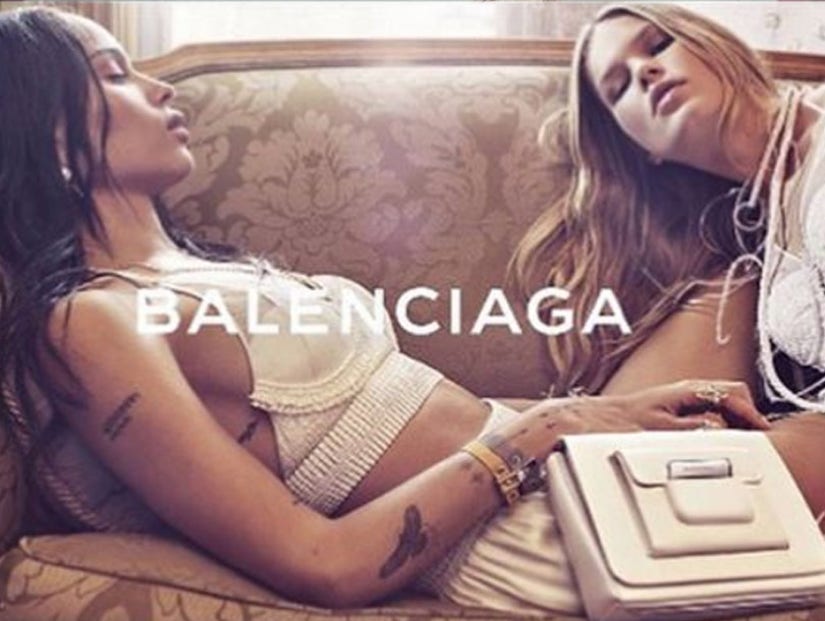 This isn't the first time the "Divergent" star has put her modeling skills on display. She also debuted a gorgeous campaign ad for Balenciaga's latest collection on Instagram on Tuesday.

The stylish snapshot shows the actress laying on a couch with a white handbag as she flaunts her rock-hard abs in a white crop top and shorts.

It seems Kravitz just may be designer Alexander Wang's muse. She also walked the runway for the fashion house during Paris Fashion Week.

Zoe credits Wang and Dior as her favorite designers because she likes to use fashion as a tool to make a statement. "It's just the biggest F.U. when you have confidence and you're wearing something crazy,” she told C Magazine in September.

We have a feeling her modeling career is just getting started!